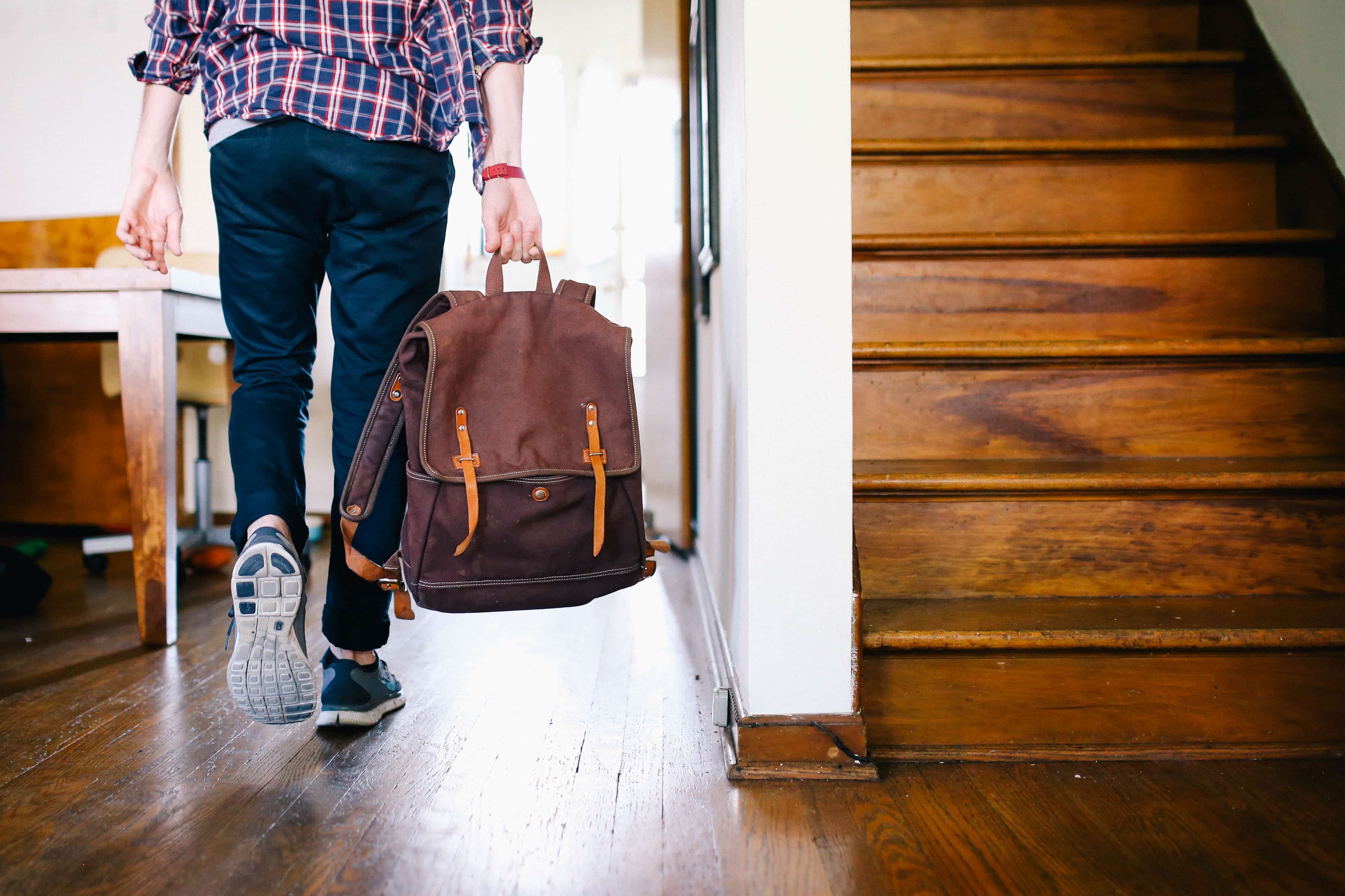 You know the adverts. All Abercrombie and Fitch models, impossibly sun kissed, smiling despite the economy, artfully covered in paint at a rave or prancing along a suspiciously Mediterranean-looking beach, not a care in the world. Youth is cool, it’s current. But beyond aligning yourself with youth to keep your brand looking current, is there any purpose to understanding them?

Yes! They are, quite simply, the future; and they are like nothing we’ve seen before. Each generation has its own defining features; that they are like nothing ever before is true of all generations, naturally, but it could be argued this is exemplified with today’s youth. The world has changed markedly in the last few decades, and it’s been quick. Technology, for example, has gone from painfully slow dialup to 4G in the blink of an eye. The landscape has changed dramatically, and continues to do so.

So if you want to keep up with them – keep current, keep customers – you better make sure you know them inside out.

One of the defining features of today’s youth is their attitudes towards work; they are hyper-ambitious yet not within the confines of a traditional corporate structure.

Elance-oDesk surveyed over 1,000 millennials and 200 hiring managers and the results revealed a lot about youth in the workplace. For example, the hiring managers largely felt (76%) that young people’s career choices are driven by money and earning potential. In fact, their biggest motivator (53%) was the chance to work on exciting and interesting projects. Additionally, 70% of millennials surveyed thought they had skills previous generations didn’t have, and 73% said they were more adaptable to change than their older contemporaries. 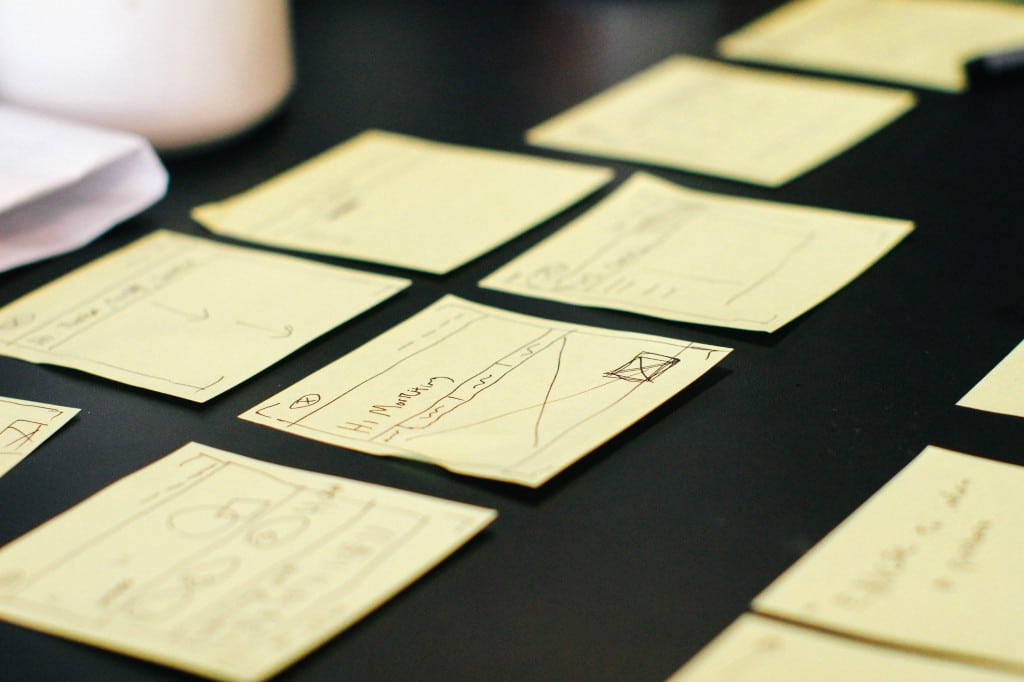 And it seems when it comes to adapting, their perceptions are true: 19 out of 20 graduates have changed jobs at least once since graduating. It’s official, corporate loyalty is dead amongst this lot.

According to research from Ashridge Business School, whilst today’s graduates are talented, they have incredibly high expectations. For example, 32% are unhappy with their bosses’ performance and plan to leave within 2 years. They have also been quick to reject the long hours Generation X embraced, which highlights the importance of work/life balance. Over a third of the graduates surveyed admitted running personal online errands whilst at work, at least once or twice a week.

This gives plenty of scope for marketing, from targeting them on their online lunch break, to non-conformist branding.

Today’s youth are, in many cases, financially poorer than the generations before them. For example, an ONS study found that millennials in the UK must wait an extra decade before reaching their earning potential (the most they’ll ever earn) compared to people 40 years ago. Additionally, since the recession of 2009, younger workers pay has been squeezed the most aggressively. Last year the average 28-year-old earned nearly one fifth less than someone of this age in 2009.

Less money means less spending, but where are they choosing to cut the fat? Plenty of millennials are sacrificing the privacy of their own home and shacking up at mum and dads for a bit longer. In 2013 ONS reported that 3.3 million 20 – 34 year olds in the UK were living at home; 26% of that age group. This means that the number of 20 to 34-year-olds living with their parents has increased by 25% since 1996, the earliest year for which comparable statistics are available. 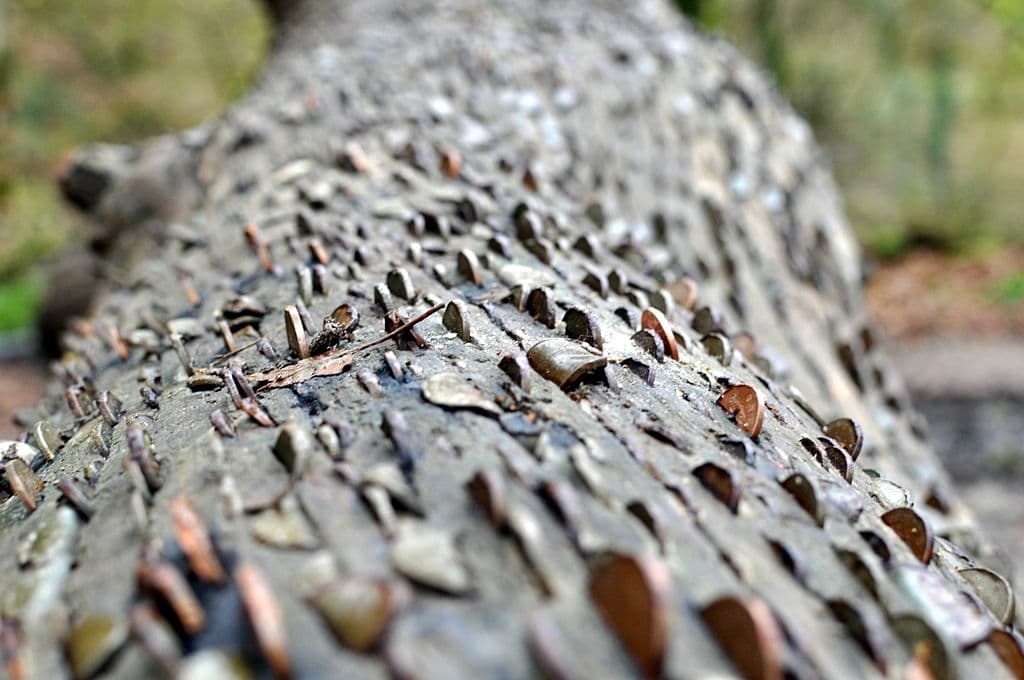 The reality of having less money in their pockets makes the likelihood of living pay cheque to pay cheque much more likely. Saving seems kind of pointless when it would take 22 years to save for a house deposit. So whilst their spending might be limited with lower pay checks, a higher percentage could be disposable income.

Millennials tend to favour experiences over actual things. A yearlong study by Bauer Media found that 71% of millennials agreed with the statement: “I’d rather tell people about something I’ve done than something I’ve got”. But don’t think today’s youth are entirely unmaterialistic – they also agreed that uploading and sharing these experiences (which we’d politely call ‘showing off!’) was just as important.

Jaded by their Baby Boomer parents’ one-a-penny divorces, today’s youth are a touch cynical when it comes to love. Divorce peaked in 1993 when they were growing up, and as a result they are less likely to follow the traditional marriage path. Only 5% of men and 10% of women aged 25 are married, compared to 60% of men and 80% of women 44 years ago. When they do get together, it’s often online. In fact, almost one third of couples meet online; that figure is predicted to reach 50% by 2031. 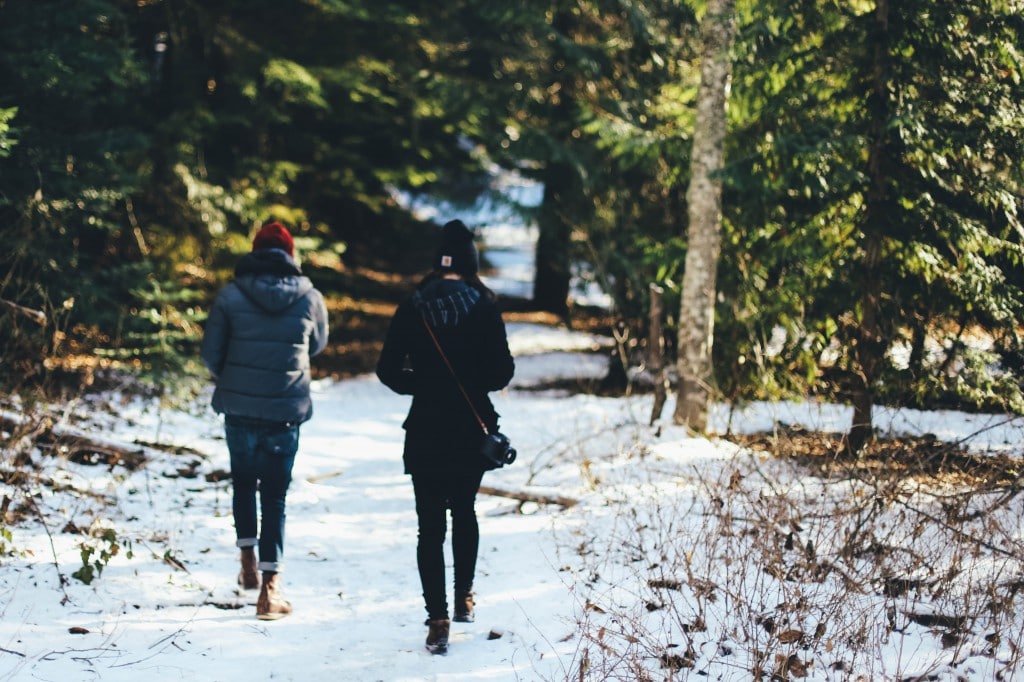 As a result, they are less likely to respond to traditional aspirational marketing that sells the concept of marriage, kids and a white picket fence. As previously discussed, their life choices differ greatly from previous generations and marketing messages need to reflect that if they want to succeed.

When it comes to technology, today’s youth rule the roost. According to an international study of 12,000 18 – 30-year-olds in 27 countries, millennials can be ubiquitously defined by their avid use of technology. Over three quarters of them own smartphones and they prefer the internet over TV. Almost a half of millennials in the UK think they have an excellent knowledge of technology, compared to a mere 30% worldwide. 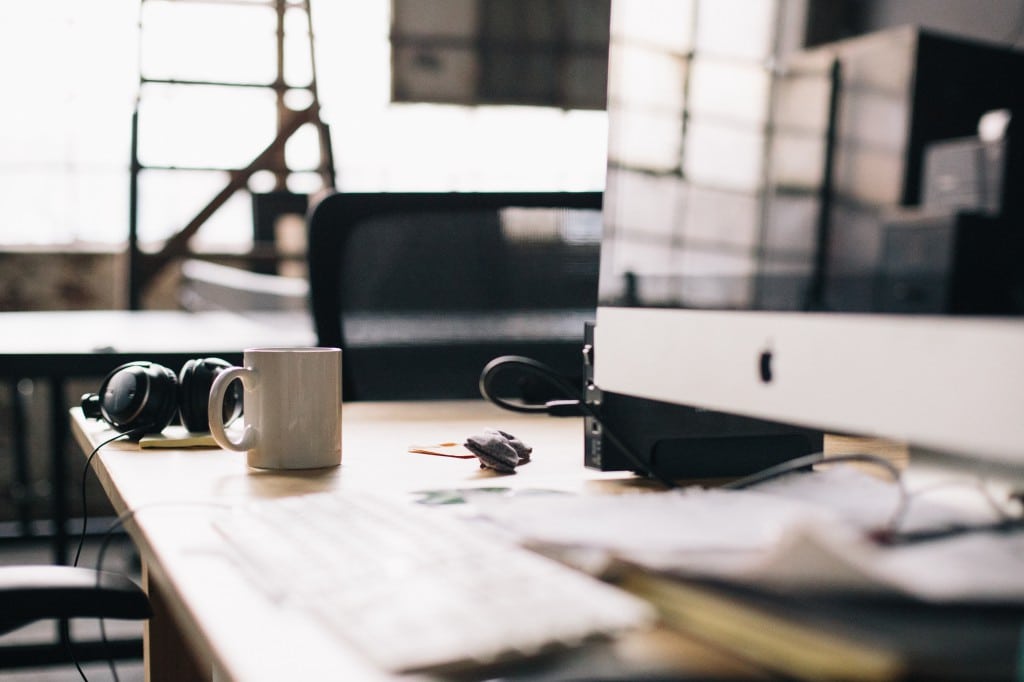 So UK youth are particularly tech savvy and marketing should reflect the new digital culture. For example, almost 40% of tablet owners use their tablets and watch TV simultaneously at least once a day. Marketing needs to be multi-channel to get the best results. Diversification is the name of the game, so in order to capitalise marketing messages must be spread across all appropriate channels. A prime time TV advertisement will no longer suffice.

According to an article in The Marketer, today’s youth are much more aware of marketing than their previous cohorts. They are sceptical by nature and thus less likely to passively believe everything thrown at them by marketers. They dislike feeling as if they are being “marketed to”, so brands must learn to adopt.

The paradox is that millennials are easier than ever to reach – they are online and hooked up to social media – yet as a result they are subject to more noise and clutter, so they learn to filter effectively. For a brand to stand out, they need to get their attention, and that is becoming increasingly difficult to do. 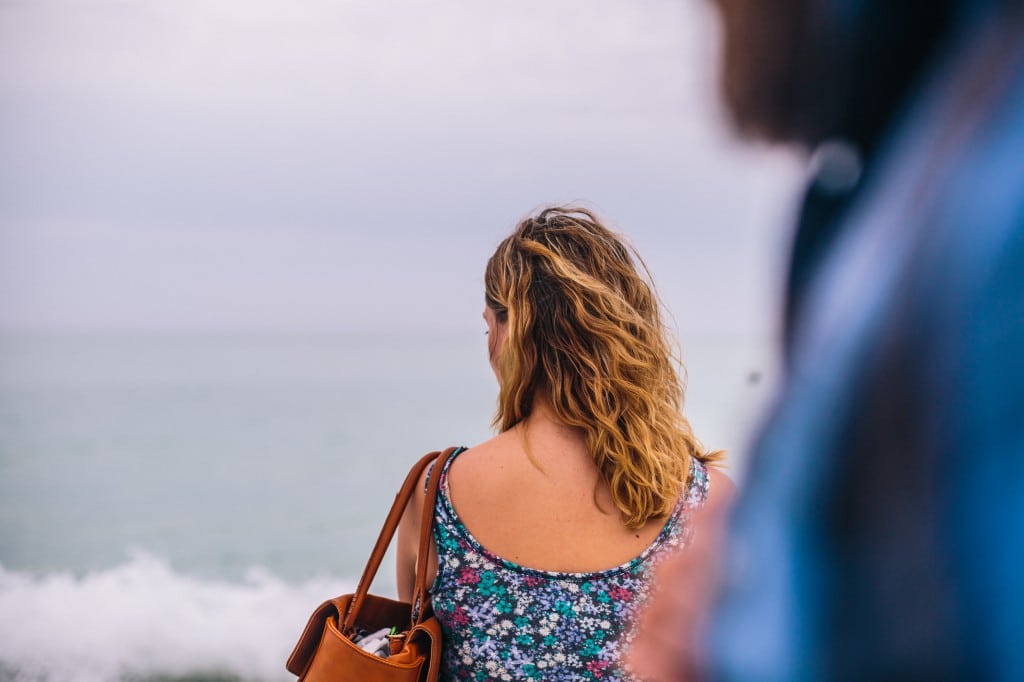 How you target youth will vary depending on your brand, but one thing is unanimous: you must target the right people. In most cases, broadly targeting “youth” as a demographic is wildly ineffective. You will likely need different advertising campaigns targeted at different segments within the youth market.

Research is required to find out who best to target and how they are likely to respond. For example, youth, defined as 18 – 30-year-olds, has a lot of scope. Groups could include, among others: sixth formers, graduates, business owners, parents, home owners.

To further this point, let’s take something as simple as gender and frame it within the millennial concept. This article in Entrepreneur finds that millennial men are more likely to adopt newer technology quicker, more likely to travel and eat alone and make less decisions within a family unit. These few discrepancies are huge and would have a significant impact on how you target both male and female youth.

To really understand youth you should research your target markets, segment them and plan your marketing messages accordingly. Or risk getting left behind in the dust.