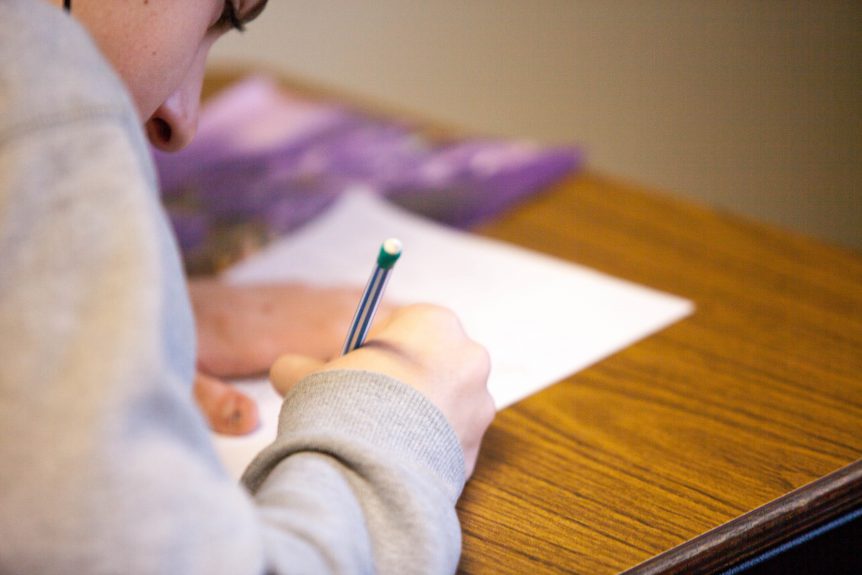 The use of predicted grades is currently an integral part of the higher education application process in the UK. A predicted grade is just that – the grade an applicant’s school or college thinks they are likely to achieve. These grades are then used by universities to help them understand applicant’s potential. The problem? It’s not particularly accurate and research indicates it’s harming disadvantage students disproportionately.

In this article we take a look at the impact of using predicted grades for admissions on both students and universities and what alternatives are available. We’ll also take a look at some other measures that could be taken to make the application process fairer and examine any potential issues that swapping systems could have.  For added insight into this topic we spoke with a range of experts:

Why does the UK have predicted grades?

In other developed nations, university places are based on actual grades and not predicted ones. So why do we do things differently here in the UK?  “It’s largely about accommodating the national admissions service for universities and colleges (UCAS) and in turn institutional admissions systems so that they can manage high volumes of student applications within a particular time frame,” explains Matt O’Leary, Professor of Education and Director of Birmingham City University’s Centre for the Study of Practise and Culture in Education. 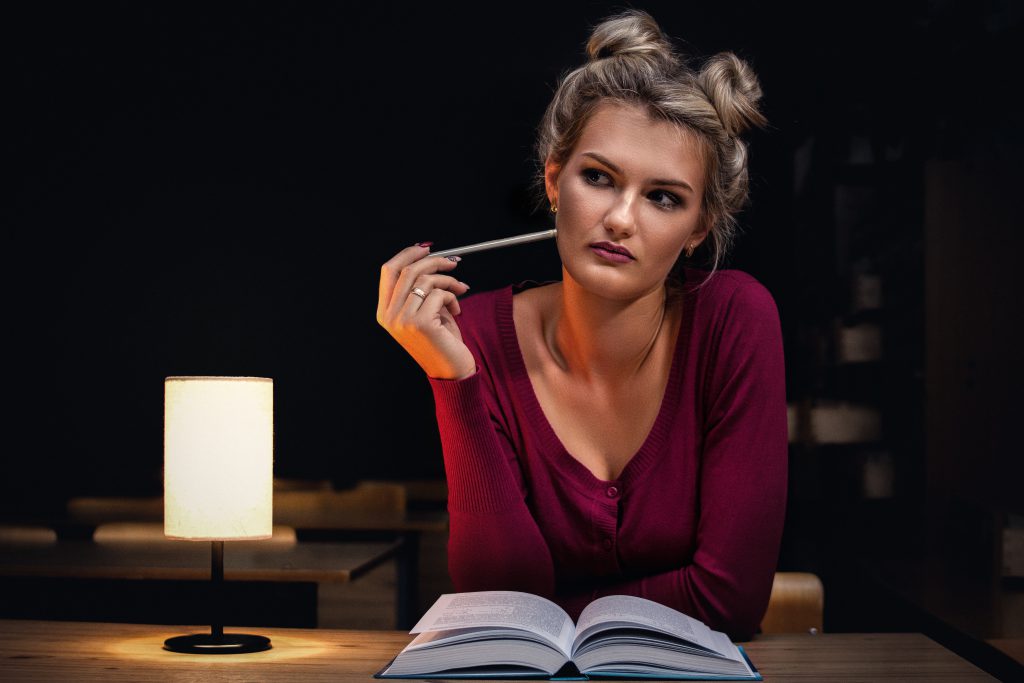 What is the impact of using predicted grades for admissions?

Given the use of predicted grades is entrenched in our admissions process in this country, and that overhauling it would be a mammoth effort, it’s easy to see why it’s remained despite calls for it to change. But when the impact of using predicted grades for admissions is fully understood, suddenly updating the system to something fairer seems necessary. Here are a few of the ways predicted grades impact both students and universities.

By some estimates, only around 16% of students actually get the grades their teachers predicted. “The current university admissions system is failing students. The UK is the only place in the world using an outdated system based on highly inaccurate predicted grades, where only one in six students has all their grades predicted correctly,” says Jo Grady, University and College Union General Secretary. “Research has shown this to be a particular issue for students from lower socio-economic backgrounds when applying to some of the top universities,” adds Matt

“Whilst there have been substantial improvements in the number of disadvantaged young people going to university in recent years, the access gap continues to persist, particularly at the most selective universities. There are many reasons for this, but the admissions process itself is an important factor, and the more we can do to make it fair and transparent, the better,” says James, CEO of the Sutton Trust. “The current system is based on students’ predicted grades which are inaccurate most of the time. Our research has found that high-attaining disadvantaged students especially are more likely to have their grades under-predicted than their better-off peers. This means that they may not apply to the courses best suited to their talents and aspirations,” he adds. 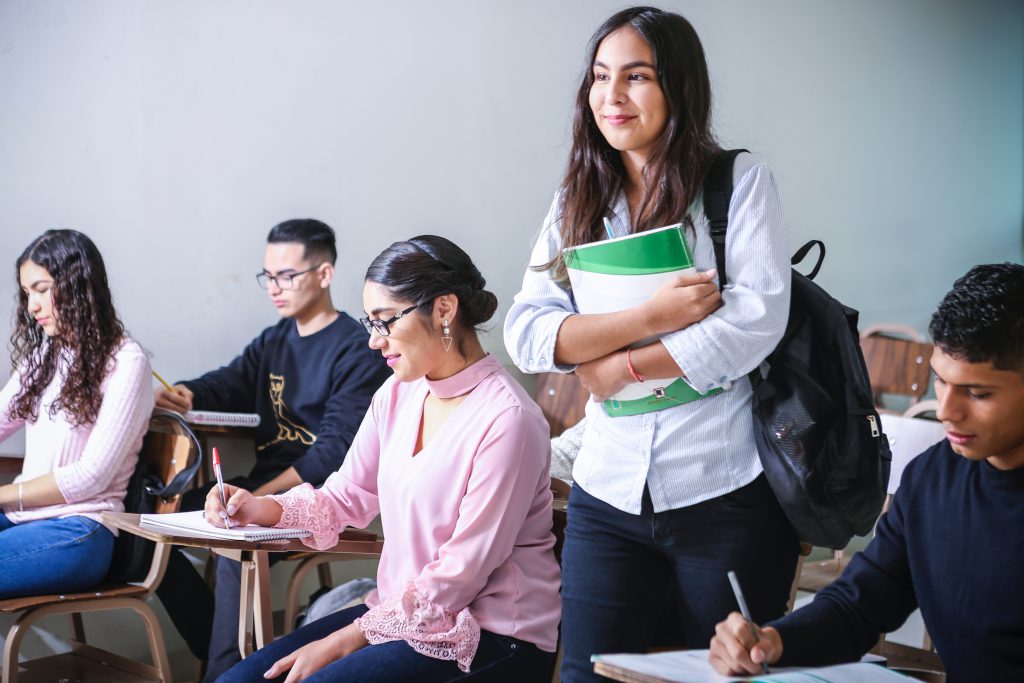 “As for universities, the current system of predicted grades can make it difficult for them to know exactly how many students they are likely to have on any given course as there is an element of unpredictability. This also explains why the period of clearing after results day in August is always a particularly frantic and stressful time for many universities, their staff and prospective students,” says Matt. 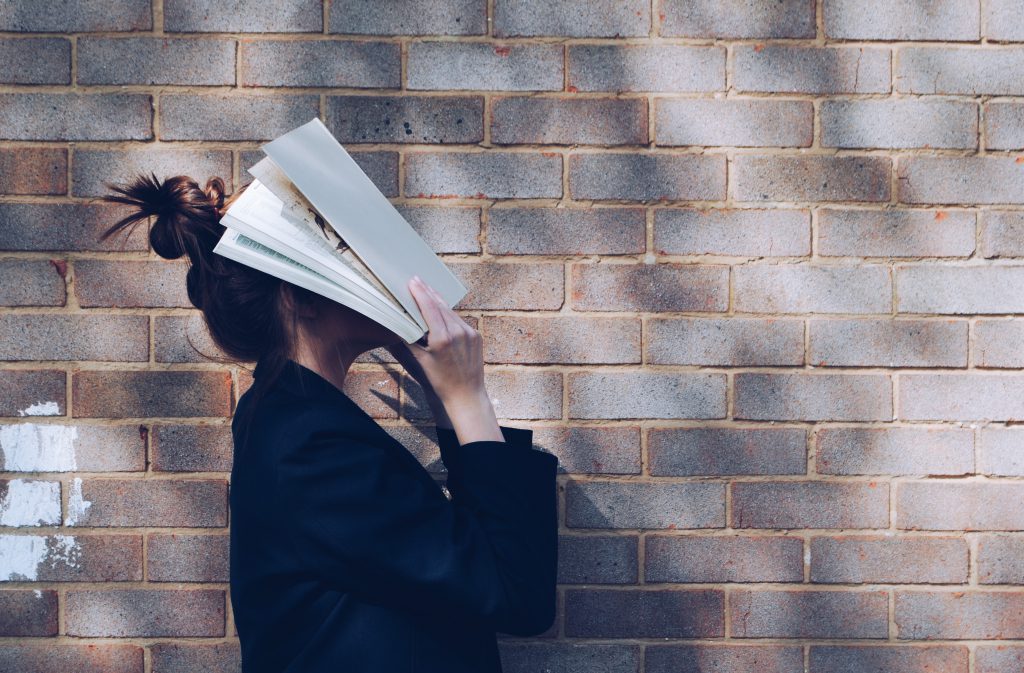 Alternatives to the current system

Given that using predicted grades for university admissions is inaccurate, negatively impacts disadvantaged students, causes stress and anxiety and means unpredictability for universities, it’s understandable that many experts are calling for change. But what exactly would that look like?

“A system based on actual grades awarded where students apply to universities after receiving their results. It’s something that many people in education and indeed in politics (e.g. Angela Rayner – Labour) have been arguing for recently. Yet the reality is that it’s not a new argument; it’s been simmering for over 20 years and was a recommendation from the Dearing Review back in 1997. Research carried out by the University and College Union in 2018 revealed that what is commonly referred to as a ‘PQA’ system (post-qualifications admissions) is largely the norm in many other higher education systems internationally, thus making the UK the exception,” explains Matt.

“A move to post-qualification admissions, where students receive offers after they get their results, would be much fairer to students. It would eradicate the problems associated with unconditional offers, end the gamble of grade predictions and bring the whole of the UK into line with the rest of the world when it comes to university admissions,” adds Jo. 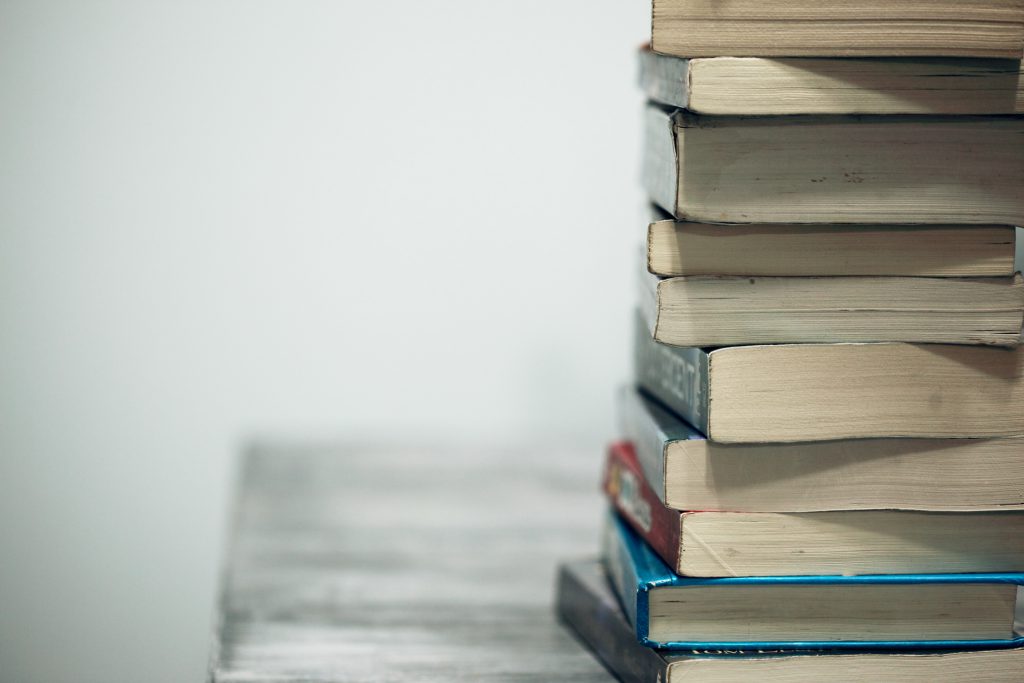 Other methods to level the playing field

Given the clear issues with the current admissions system, we took the opportunity to ask our experts if there were any other ways the whole process could be made fairer.

“We’d also like to see a greater use of contextual data in the admissions process, as well as a review of the personal statement to see how it could be improved,” says James.  Contextual data means that a student’s background would be taken into account in the admissions process. It might mean, for example, recognising that AAB from a low-performing comprehensive is achieved in very different circumstances to the same grades from Eton.

The Sutton Trust carried out a piece of research on this topic, which states: “Universities should use contextual data in their admissions process to open up access to students from less privileged backgrounds. Highly selective universities in particular, where low and middle-income students are substantially under-represented, should make greater use of contextual admissions, including reduced grade offers, to widen access.” 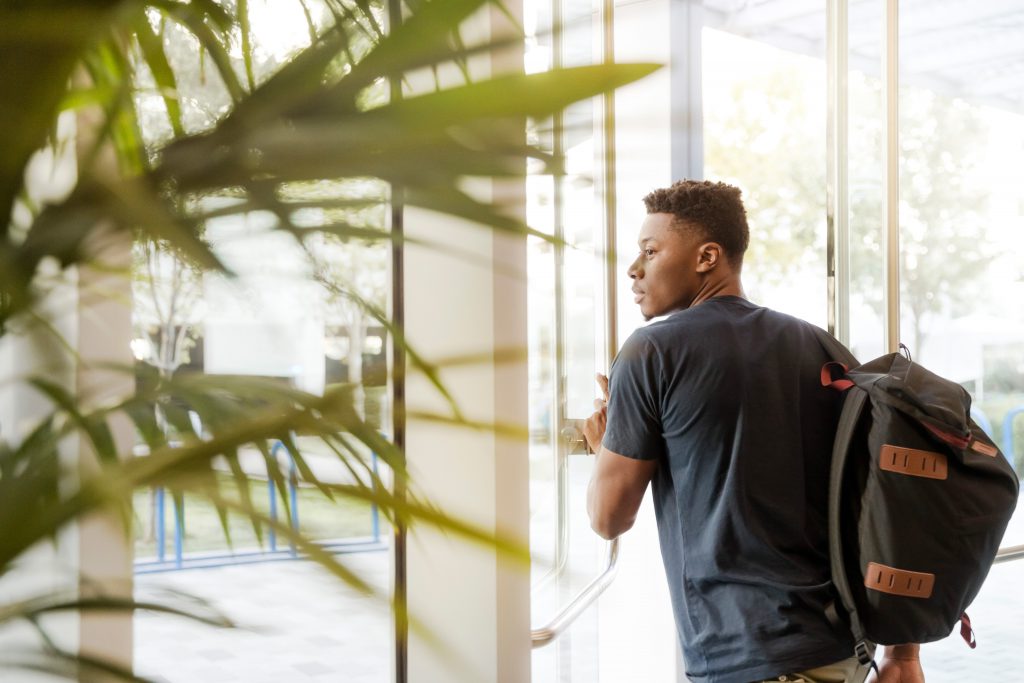 “There might also be an argument for universities taking a more involved role in the admissions process by interviewing all prospective students,” says Matt.  “Though admittedly this would be a time-consuming process,” he adds. 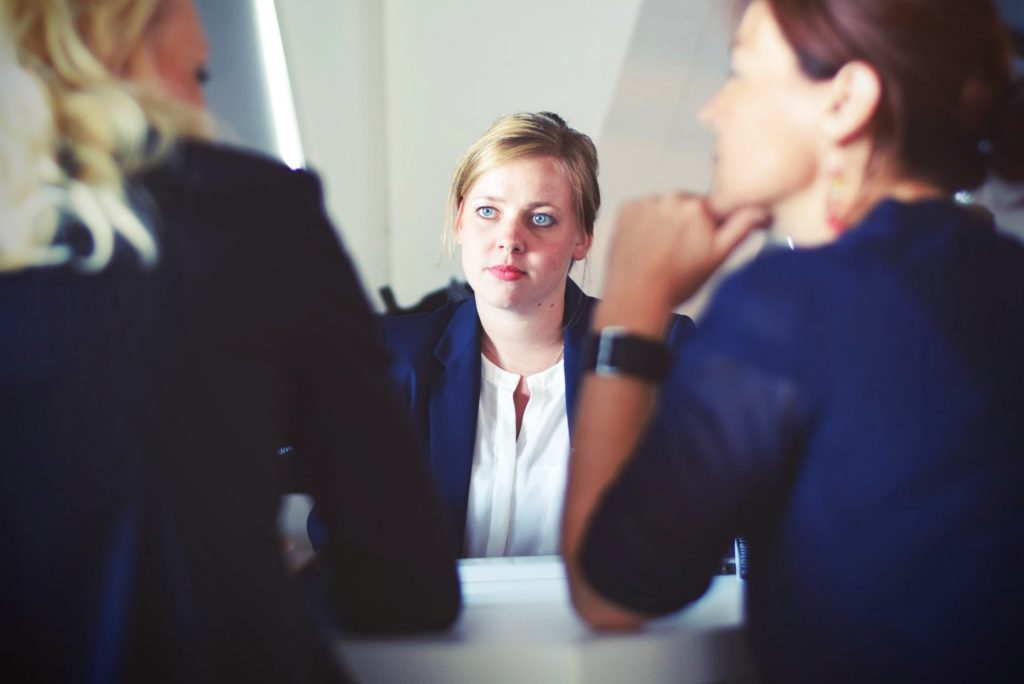 “The biggest issue for a post-results application system would be the logistical challenge of the time pressures it would cause for universities and students. Universities would have to move the start of the academic year to a later date (e.g. November) to allow UCAS and their institutional admissions systems enough time to be able to process student applications,” says Matt.

“In turn, this would mean that students’ final exams (A Levels, BTECs etc.) would need to be scheduled earlier in order to allow for the results to be released earlier than the traditional middle of August date,” he adds. 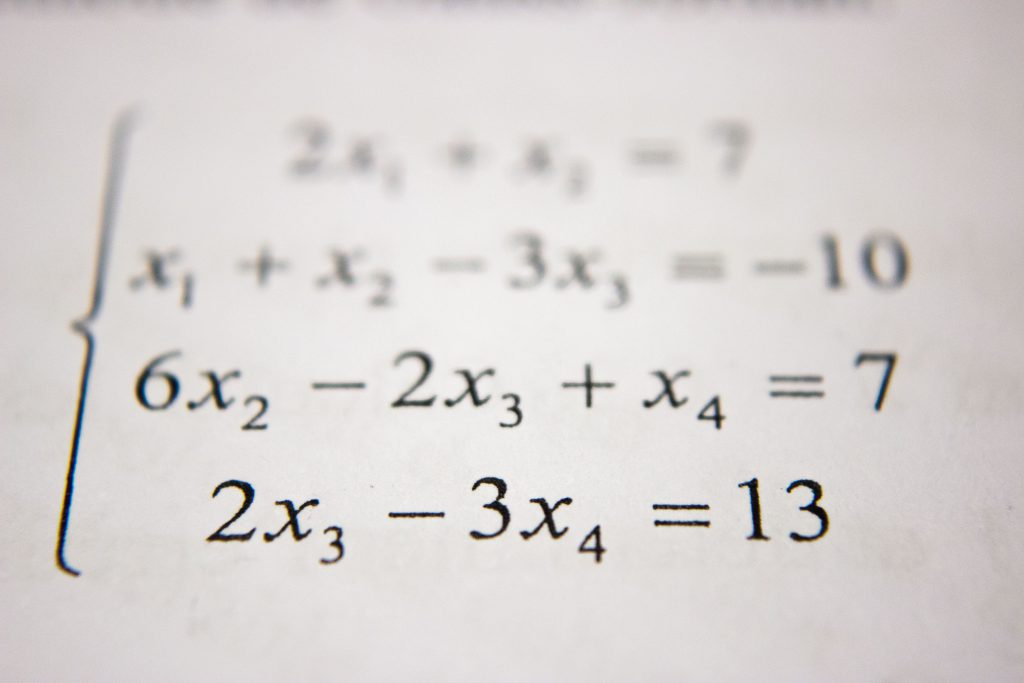 “Moving to a system of post-qualification applications, where students apply to university after they receive their results, would empower the student to make the best university choice for them. The key is to ensure that PQA is implemented in a way that ensures students, particularly those from poorer homes, continue to have support and advice when they are making these important decisions,” says James.

Timing is yet again an issue when it comes to providing this support. “Another issue to arise from this would be the support and guidance that schools and colleges would need to provide their students with when applying to their chosen universities. Unlike in the present system, where this support and guidance are given throughout the school/college year, in a post-results system, this would be likely to fall during the summer holidays when staff are usually on annual leave,” adds Matt. 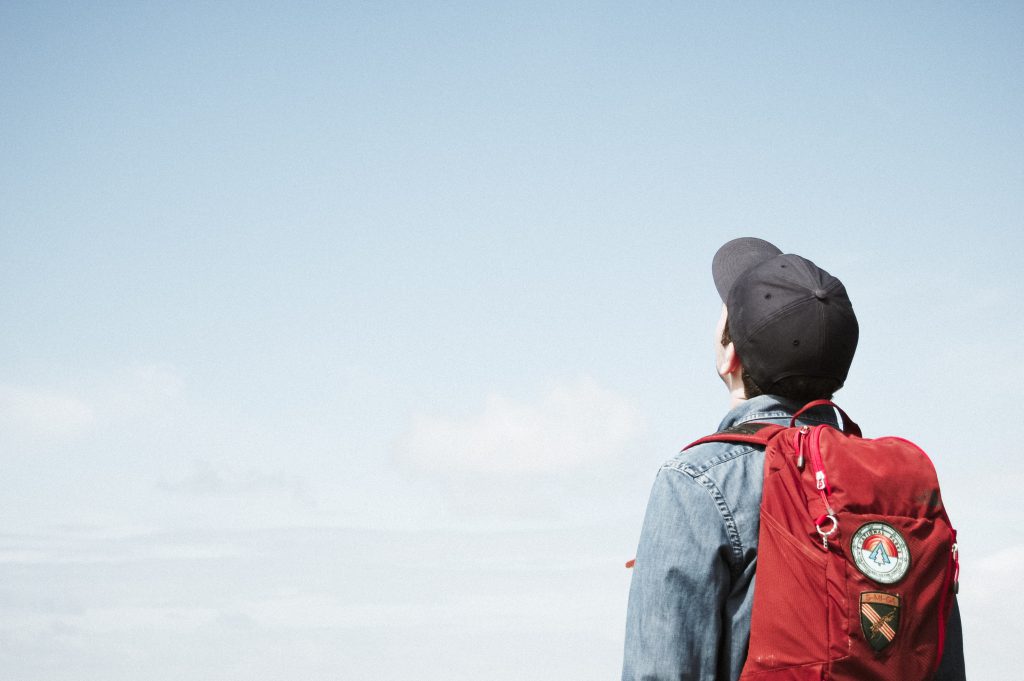 Given how inaccurate predicted grades are, and how the currently system negatively impacts students from disadvantaged backgrounds, we support the need for an overhaul of the system.

By utilising post-qualifications admissions, which was recommended as far back as 1997, the process could be made much fairer. This could be improved further through the use of contextual data, flexible entry points and interviewing prospective students. While there would be some hurdles to overcome, namely timing issues, we’d argue it is worth the effort given the damage being done by the current system.

We’ll give Matt the final word on this, who sums up the issue perfectly: “Regardless of your opinion on the current system of predicted grades, one thing that research to date clearly reinforces is how imprecise the whole practice is. Thus, there are question marks about how fair and accurate the current admissions system is.”