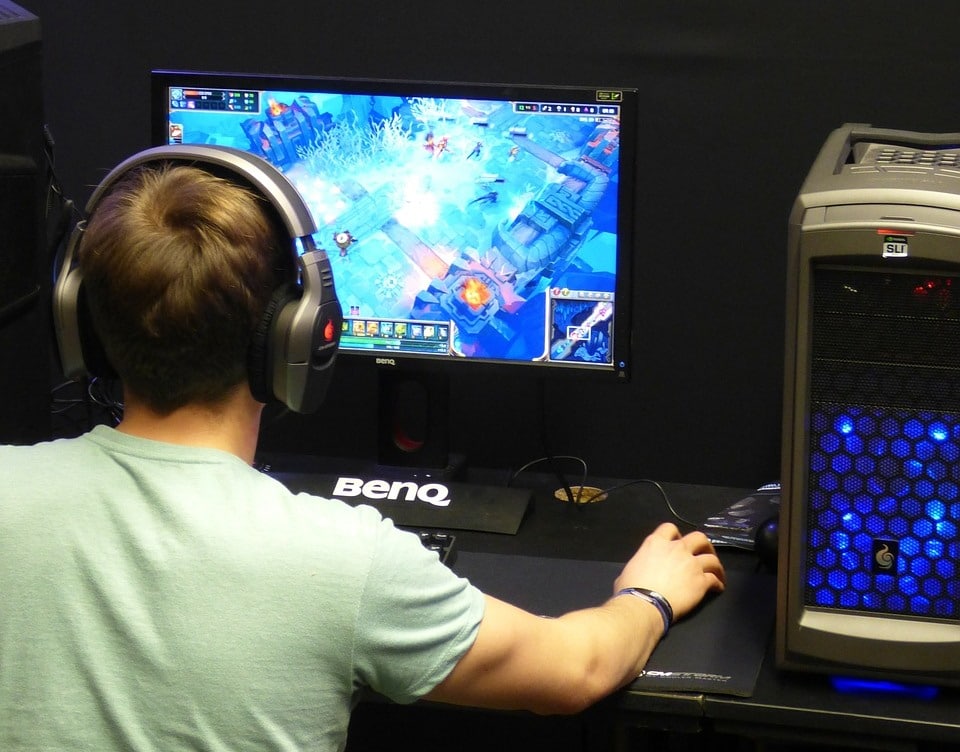 The UK youth gaming scene is stronger and more vibrant than ever. New innovations such as cloud and tablet gaming allow for a ‘leave and pick up’ method anywhere in the world and these experiences are becoming ever more sophisticated and real, with 4k displays at home and Tegra chips that enable a high-res experience even on mobiles.

Young teens and those in their mid to late twenties are obsessing like never before over the latest and greatest games on offer in an industry that is constantly evolving. The immersive experience is set to reach new heights when the much anticipated Oculus Rift and Sony’s Project Morpheus reach the public. However, some have now begun to question the health implications of modern games after a number of shocking episodes of youth game addiction.

Indeed, the NHS currently warns that increasing numbers are “playing games while neglecting other aspects of their lives”. In 2012, a 16 year old suffered a heart attack while playing Xbox, a case which Professor Sanjay Sharma of St George’s Hospital said was an example of the risk games pose for young people with pre-existing medical conditions. In the same year there was also a death in Taiwan after an 18 year old had a 40 hour game session and in 2011 a 20 year old man from Sheffield died from a blood clot after a 12 hour gaming session.

In 2009, a Swedish Youth Care Foundation described the World of Warcraft game as ‘more addictive than crack cocaine’ due to a particular teenager who suffered convulsions after playing the game for 24 hours straight. Doctors diagnosed an epileptic-type seizure brought on by sleep deprivation, lack of food, and an overly long session of concentrated game playing.

Increasingly, sophisticated and engaging game design may heighten the risk. Often young gamers get great satisfaction from completing levels, killing off certain characters and ultimately finishing the whole game, which can consume hours of time. The ‘need to complete’ can overtake some gamers’ lives and this can result in addictive, anti-social and unhealthy behaviour. Solo games are also a worry for parents as the games can force the child into solitude and this can have severe consequences for family life. It’s one thing playing Nintendo with a family member or a group of friends but when young people begin playing on their own and prefer playing on their own, this is when aforementioned problems can arise. Psychiatrist Dr Richard Graham of London’s Tavistock Centre believes that “such prolonged gaming can produce a sort of socially withdrawn figure who may be connecting with people in the game, but is largely dropping out of education and other social opportunities”.

The issues surrounding youth game addiction are important and should be treated as such. It is all too easy to assert that any concerns are an example of a ‘moral panic’; however it is equally true that gaming is by no means a bad thing. Healthy gaming is certainly enjoyed by millions and it does have many positive benefits. Indeed, shock factors aside, gaming can offer community, education, enhance cognitive ability and empowerment. British technology entrepreneur Demis Hassabis creator of Deep Mind said that “I’ve always viewed my obsession with playing games as training the mind in multiple facets”. Moreover, according to a study by NHS Greater Glasgow and Clyde commissioned by the Mental Health Foundation, gaming can help “support the wellbeing of young people”.

The UK also has many positive gaming associations from forums to support groups. In Manchester there are regular offline events for gaming enthusiasts that foster a sense of community, including SuperByte a weekend music festival bridging the gap between gamers, musicians and artists. The city even has a Facebook group ‘Gay Gamers Manchester’ that acts as a social hub for LGBT gamers promoting events and meet-ups throughout the year. This is the social side of gaming and is an example of its potential positive application.

It is undoubtedly important for gaming brands to immerse themselves within these scenes to not only promote their brands but also promote the fact that gaming can be an enjoyable, sociable experience if treated and approached with this mind-set.

Therefore, as with anything a healthy balance is important, gaming can have negative effects and to shy away from these would be wrong, yet gaming does also have a number of positive benefits and these should not be ignored either. There is certainly a case for more research but in general as Voltaire said “neither abstinence nor excess ever renders man happy”.