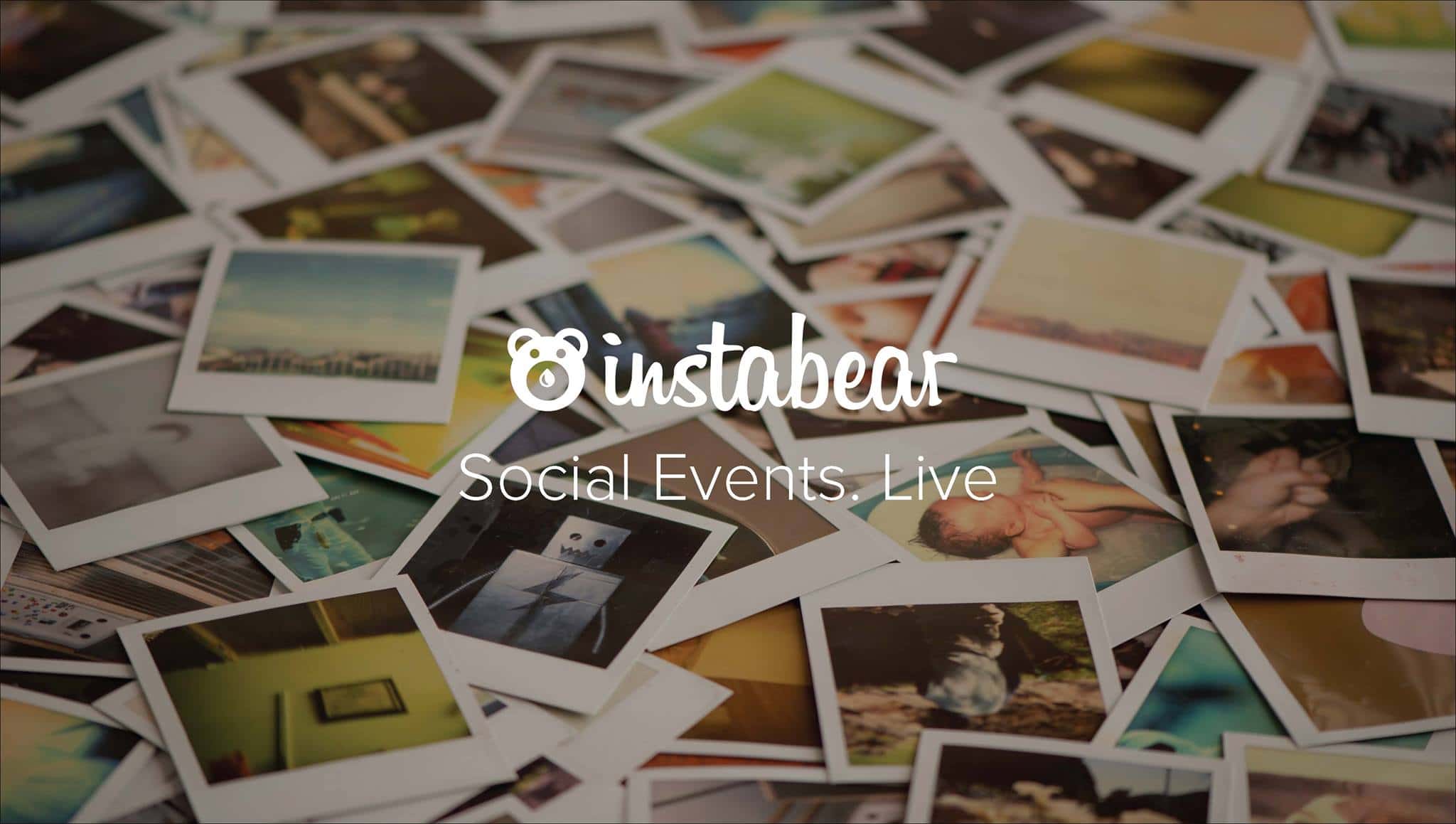 Socialbear: The Student Startup that brings Social Media into the Real World

Socialbear (previously Instabear) is a trailblazing social media and events startup that has recently celebrated its first birthday and its founders Solomon ‘Solly’ Akhtar and Tom Frew have much to celebrate.

The university startup initially provided an online platform for printing Instagram pictures but it now also provides unique social media event services that interconnect the online and offline world as a tool for promotional marketing. In other words Socialbear is the company that brings social media into the real world. The business has grown rapidly and already has a range of high profile clients including Jaguar Land Rover, Mazda, Jack Wills and a number of top retailers.

In this article, part of the Red Brick Talks series, we talk to Solly about Socialbear, his time at university and how this startup has grown. 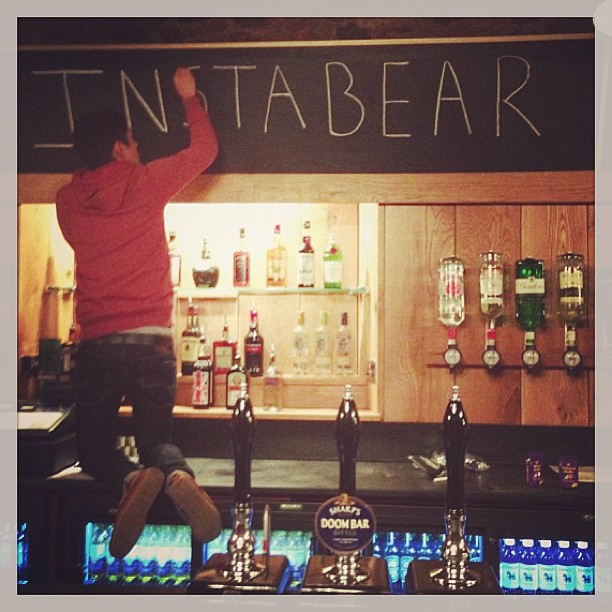 From first impressions, Solly clearly has the entrepreneurial bug. His passion for Socialbear is obvious and his drive and ambition is inspiring. Without doubt potential students hoping to launch their own business could learn a lot from Solly and his one year old startup. According to Solly he has always wanted to start a business, at university he ran events and regularly looked out for potential business opportunities.

Solly’s motto is “Live Young” and this certainly encapsulates the spirit behind Socialbear. The company has a youthful outlook and a fresh approach to social media and its utilisation in the corporate environment. The team is comprised of Tom, Solly and a number of new support staff. The business now provides a range of social media event services including printing, social media screens and interactive social media installations. 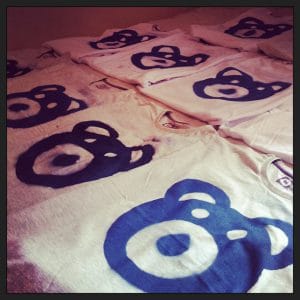 During their second year at Exeter University Solly and Tom founded Instabear (renamed Socialbear in 2017). Solly had developed the Socialbear idea and Tom had the technical know-how to create and code the digital platform. Solly explains that Socialbear was “literally born in our student bedroom”. Even the bear in Socialbear was inspired by a giant bear in Tom’s room. The university helped the company in the early days, providing £3000 SEED funding through the Exeter Set Squared group. They also achieved second place in Deloitte’s Young Business competition.

Solly says that “Exeter helped massively” and that university is a “bubble where amazing ideas can grow into small businesses”. In effect everything is within easy reach and young entrepreneurs can utilise the available expertise, advice and captive youth market. This was true for Socialbear where the initial growth was driven by word of mouth and the buzz on campus. Indeed Socialbear was originally targeted at students and its main aim was to make it easier for students to print their Instagram photos from nights out. 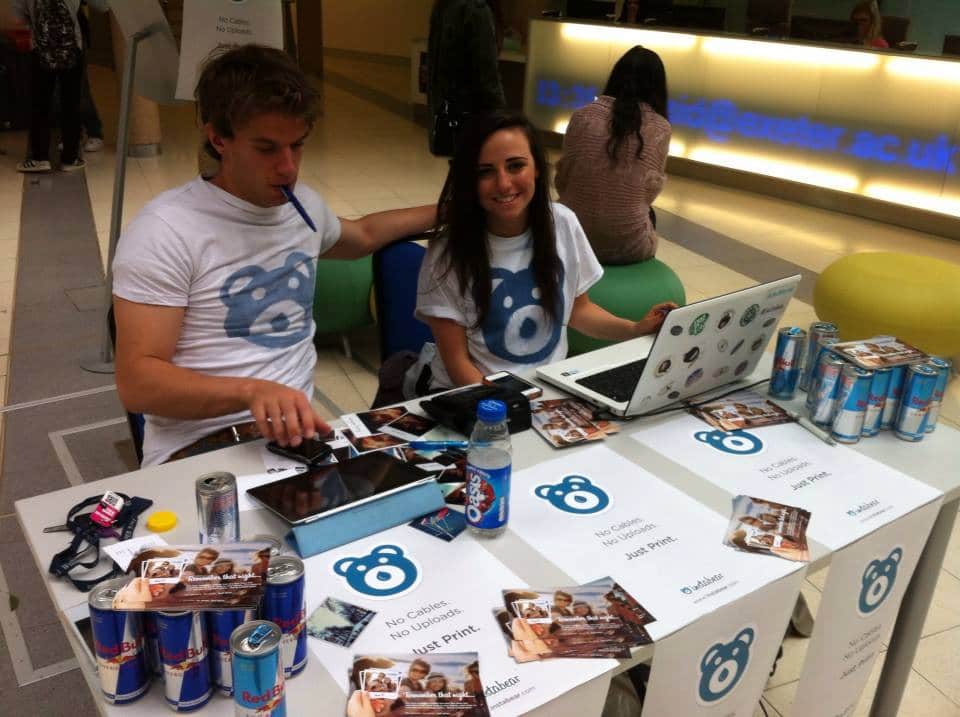 The Socialbear launch party held at a local pub helped generate the initial excitement. Solomon and Tom hired a projector and spent a day spray painting Socialbear t-shirts and creating hash tag stickers. Solly jokes “during the launch we basically gave everyone a free drink!”. Social media quickly became critical in growing the business and Tom and Solly held small campus events giving out free promo codes. They also encouraged people to wear Socialbear t-shirts on nights out. The initial growth incorporated a mix of viral, social and event marketing and is a good example of how small campus businesses can grow with minimal cost.

Tailoring for the University Outfitters

The first major client after the launch party was Jack Wills the renowned student clothing brand. The initial pitch was in Edinburgh during the summer of 2013. Both Solly and Tom were on a tight budget and had to bunk down in student accommodation. 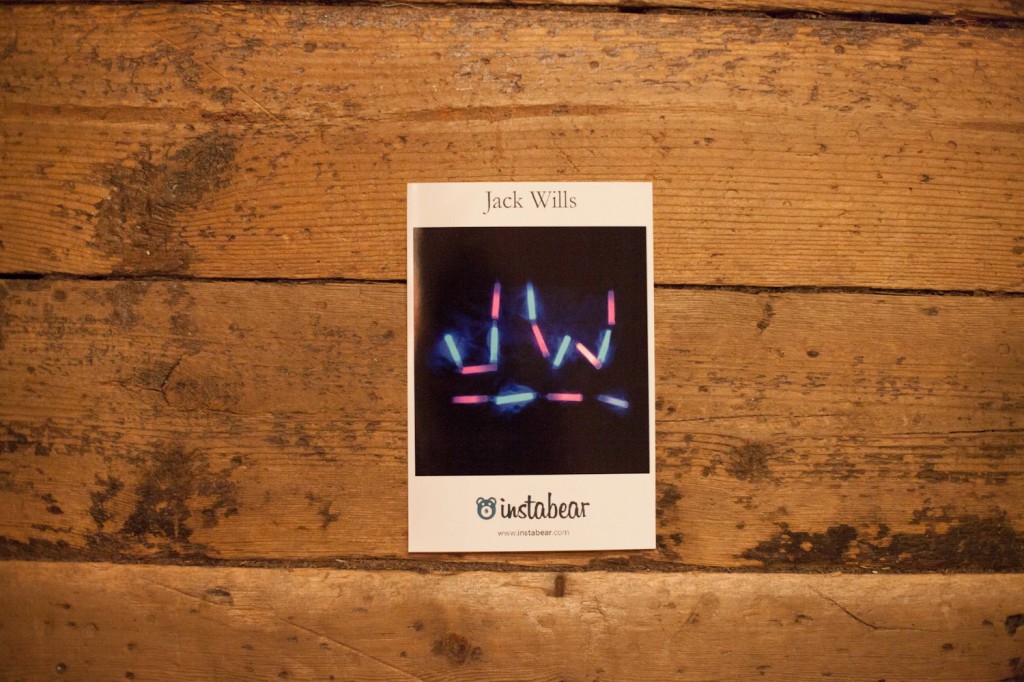 The pitch went well and the resulting contract saw the first use of Socialbear in the physical space, providing customers with a live screen and printouts. Solly said “It was amazing to see our platform being used by guests. Admittedly we were quite lucky with Jack Wills, but it was a key stepping stone for the business”. The live printing model was a game changer for Socialbear triggering the development of the events business. Indeed, 80% of the business is now on the retail and events side and this developed from the Jack Wills contract. 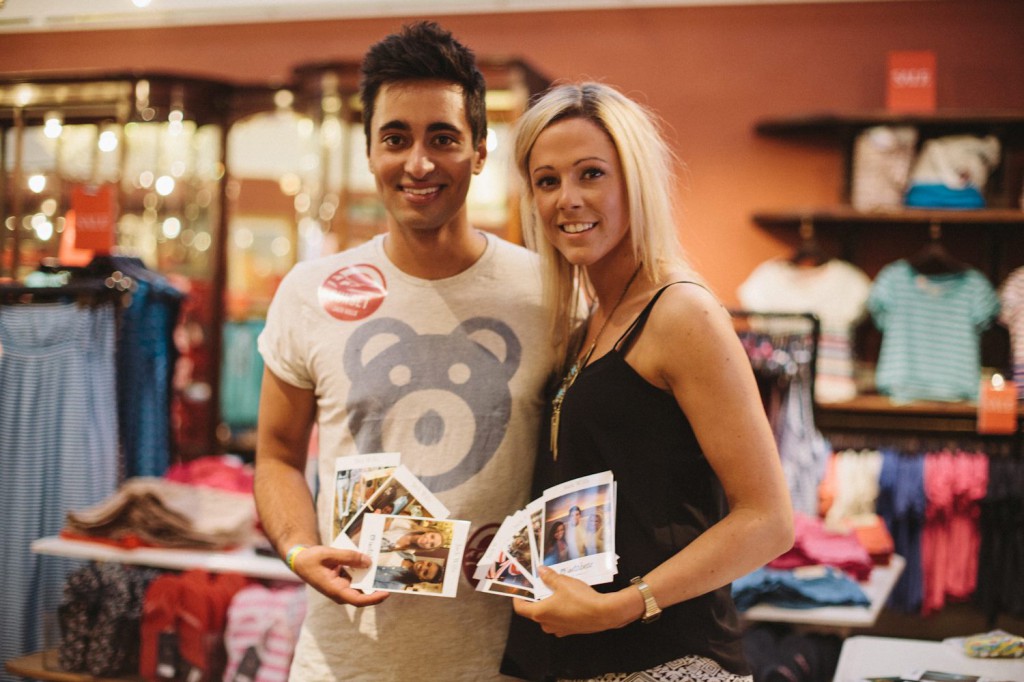 Picking up the pace with Jaguar Land Rover

From the success of Jack Wills came the big break which was a contract with Jaguar Land Rover and creative communications agency Imagination. The team flew out to LA for the Jaguar F-Type Launch and Socialbear’s role was to amplify the Jaguar hashtags – #FTYPE #FTYPEVIP. The team had four 50 inch monitors around the event and guests were able to share social posts and obtain physical photos of their time at the launch when using the specified hashtags. This inventive concept meant that users were incentivised to use the hashtag and as a result the amplification reached over a million people. 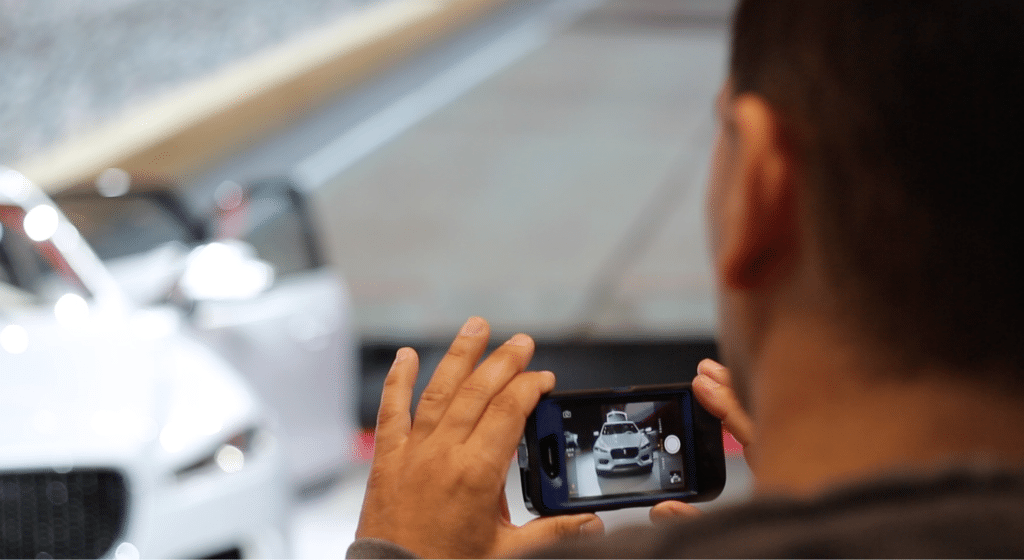 The amplification of social media through incentives at events is an interesting new field of social media. Companies increasingly want consumers to interact with their brand and the ability to incentivise interaction and gain amplification at live events is arguably a fascinating social media model. Users generate their own content in the form of a personal event picture and this is then shared and used on a corporate level with the event hashtags. The end result is a personalised social media campaign that is ideal for promoting brand engagement. 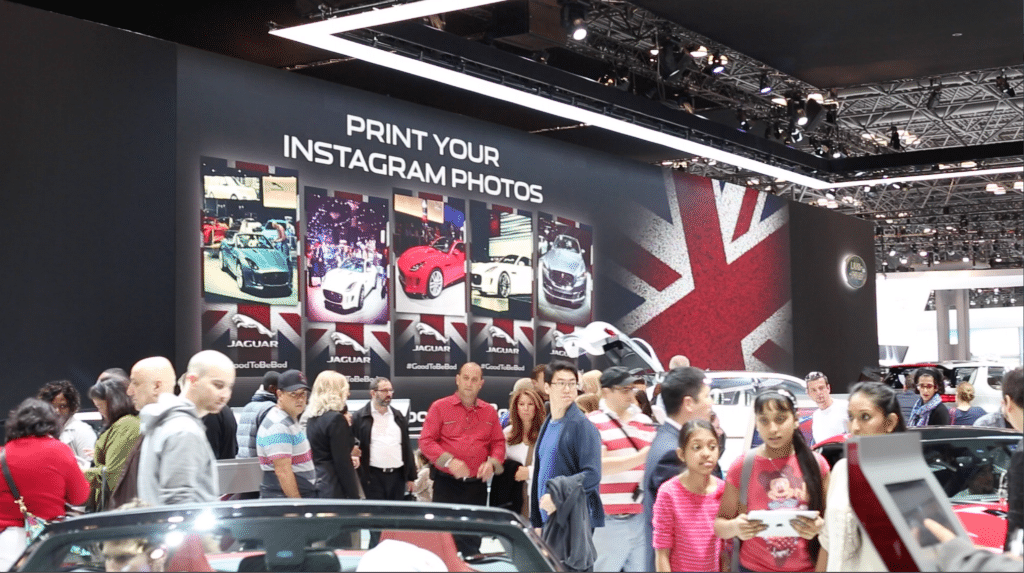 The initial few months of Socialbear have clearly been intense and the growth is likely to continue. Red Brick asked Solly some more direct questions about himself and the future of Intabear:

What have you learnt in this critical first year?

“It’s hard to say. My first reaction is to say I don’t really know. I think learning how to manage money, how to calculate profit margins and all the finances was an important step. But our biggest learning curve was learning how to scale up the business so it could be effective for the corporate sector. For example, at corporate events like the Jaguar launch you can’t afford for a live screen to go down. Therefore it is really important for us to build up trust and reliability. At Socialbear we now check and double check to make sure that there are no problems at launch events”. Solly jests “We can’t stop a tornado, but we will try to have a backup for everything else.” 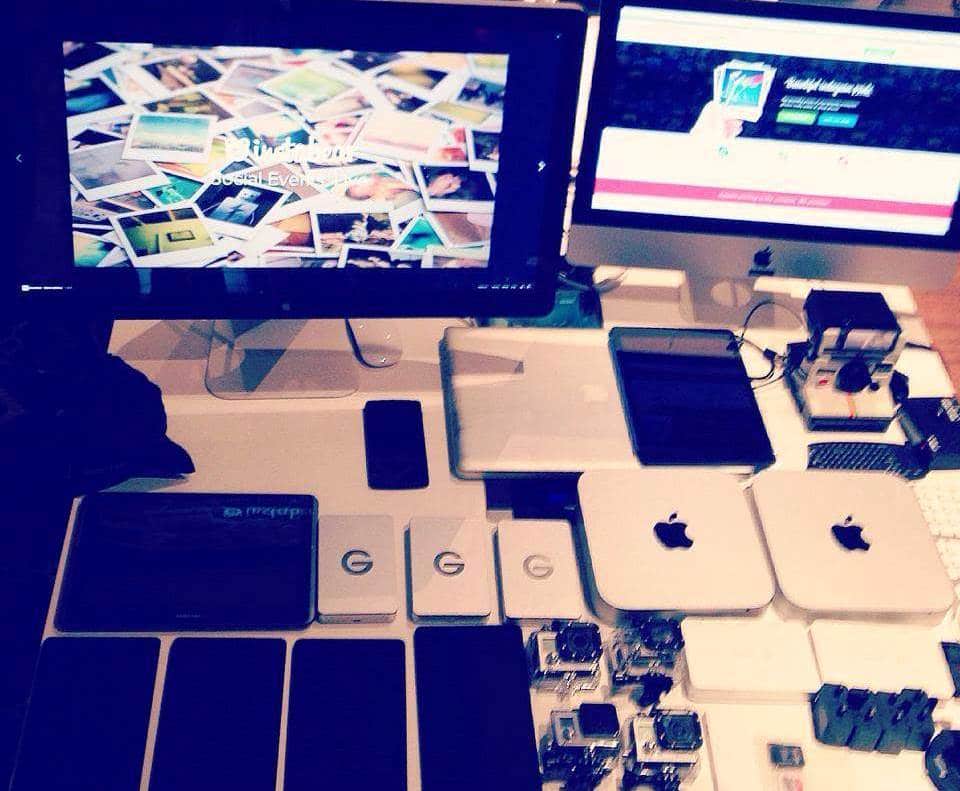 What is your top tip for other young entrepreneurs?

“I don’t know, pray! I think the best top tip would be keep at it, keep trying to get contracts, keep trying and eventually it will succeed.  Just remember you need tenacity…you have to put yourself out there to win business. My second top tip if I am allowed one would be that young entrepreneurs should be open to different possibilities within their business. Just look at how Socialbear has evolved!”

What are Socialbear’s latest projects?

“Socialbear is growing rapidly and we have begun some really interesting new projects. Our main aim is to incentivise social media in the physical space and our latest work is certainly fulfilling and expanding this objective”. 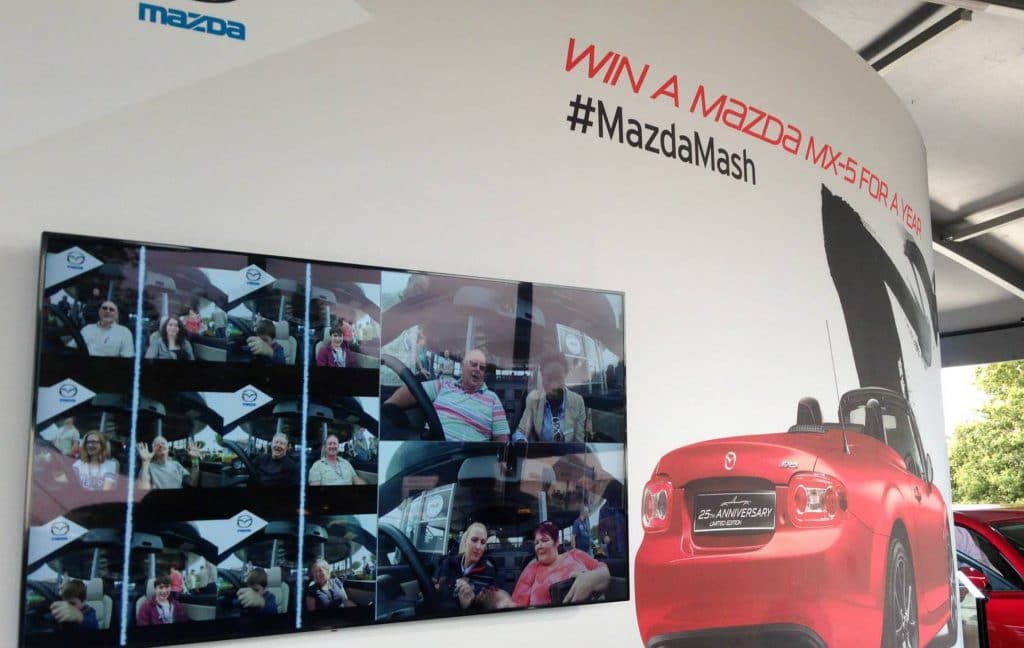 “We are currently developing with Mazda an exciting new project called Photo Mash. The project utilises GoPro cameras and tablet computers placed in two separate cars at events. The images are then merged so that the drivers’ pictures are ‘mashed’ together. The concept is an exciting way to promote Mazda by interlinking social media. Event attendees are able to get Photo Mashed pics with friends and share them on social media”.

“We have a number of other project but these are a bit top secret! We are now pitching and working with leading consumer drinks brands, festivals and events companies”. 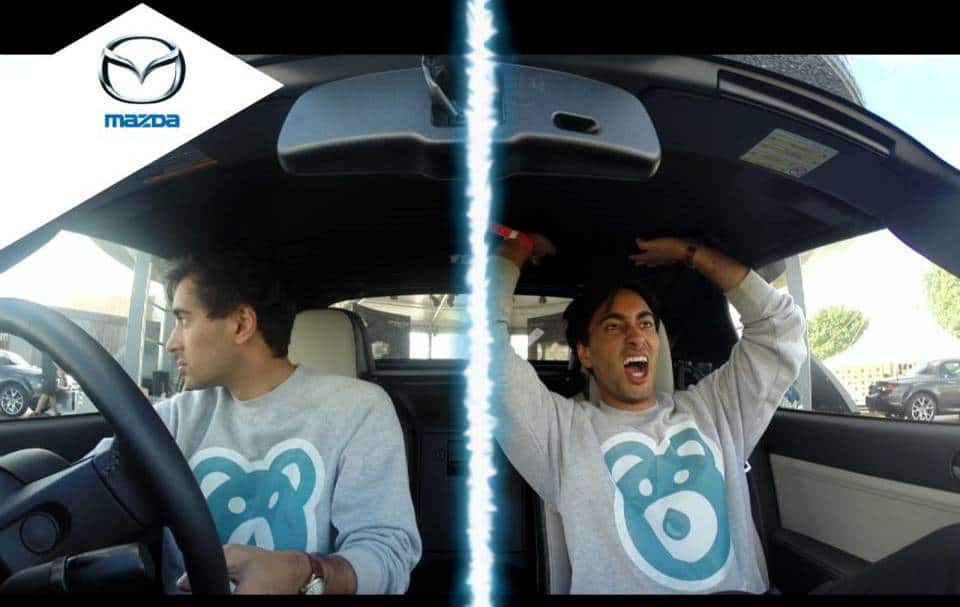 What does the future hold for Socialbear?

“Realistically in the next year we want to do as many cool things with technology as possible, we want to look at new ideas and new technologies within social media. I am not going to be the person who says we will have doubled our turnover and will have an office in New York. It’s just not true, we are realistic, we take every day as it comes and hope to stay true to what we love doing. We hope to create cool products that our clients really see value in and guests love. If we are doing that by our second birthday I will be happy”.

The Red Brick Talks series will continue with a special interview with Matt Morley, founder of the political polling startup Tickbox.