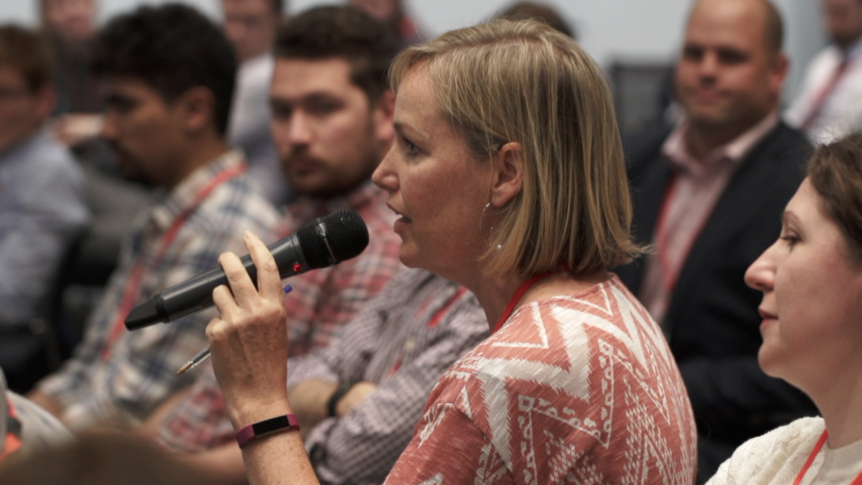 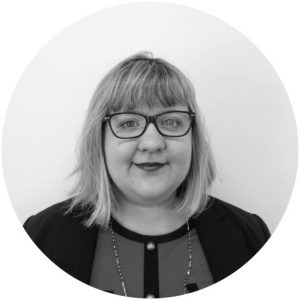 Last week we were delighted to welcome leaders and practitioners concerned with student mental health and wellbeing to the University of Leicester for the Global Student Living Conference 2018. The day focused on all aspects of student life, from learning and social life to exercise and accommodation.

It was also the first week for Jen Steadman, our new Digital Marketing Assistant! This is her take on the day and her first week at Red Brick.

There are few things more nerve-wracking than the first week of a new job. You have to meet a load of new people and try to remember their names, get to grips with new tasks and software, and prove you’re capable of doing your new role – Take all of these anxieties, and then chuck in a two-day trip to Leicester with the entire company to run a conference. Eek.

There’s no hiding behind a carefully constructed veneer of social acceptability when you spend eight hours in a minibus with everyone. Your colleagues now know about your questionable food choices and that you’re a very sore loser at cryptic guessing games. What better way to get to know new people?

But the most important thing I learned about my co-workers on this trip is that they can run a damn good conference. The Global Student Living Conference 2018, focused on improving student mental health and wellbeing, was the first of its kind. It was also the largest conference that Red Brick has organised so far – though you wouldn’t know it from how smoothly the day ran. 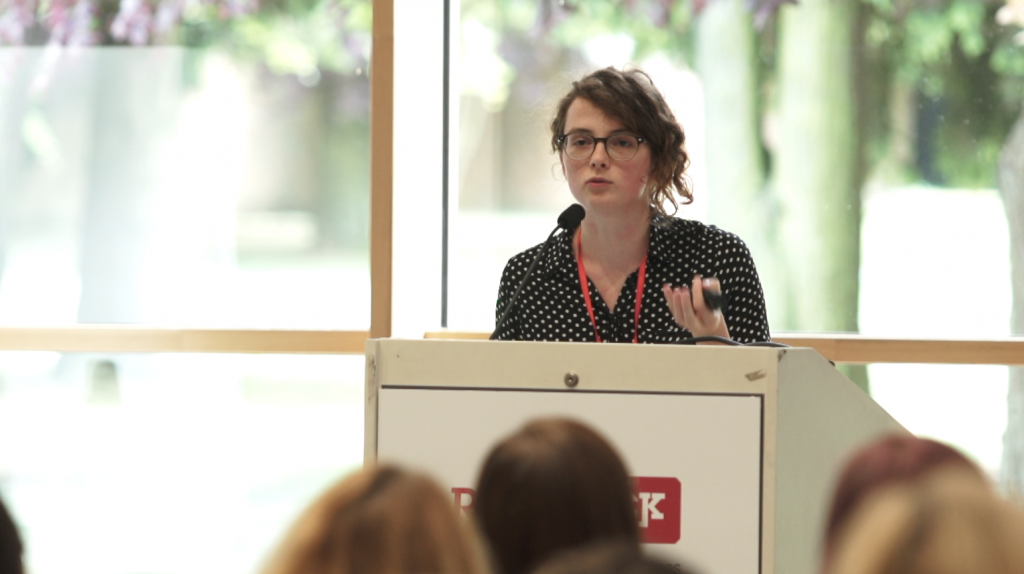 With a fivefold increase in the number of students reporting mental health issues over the last decade, and student suicides making national headlines, it’s never been more important to put the spotlight on their wellbeing. The great turnout – with approximately 170 delegates attending – showed a real determination to turn the tide on one of the biggest issues currently facing higher education.

The University of Leicester, our hosts for the day, were early leaders in this field; they set up one of the first university counselling services 70 years ago. Their Pro Vice-Chancellor, Professor Jon Scott, opened the day with a talk about the university’s continued commitment to mental health provision. Among other things, this has seen counselling services relocated to the centre of campus; a symbolic move as well as a practical one. Following this introduction, no stone was left unturned by our speakers. 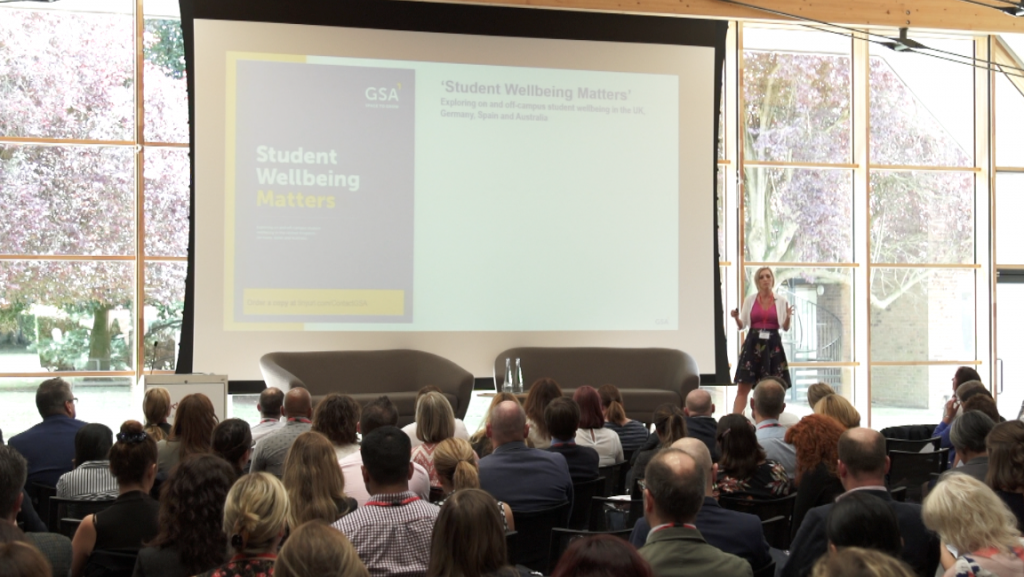 On the main stage, the Higher Education Policy Institute’s Dr Diana Beech summarised government policy developments for students, universities and wellbeing, before using HEPI’s research – including their annual Student Academic Experience Survey – to outline the scale of the task at hand. From declining student happiness levels to the need to create at least 300,000 new higher education places by 2030, it will take more than a ‘MoneySuperMarket for students’ to solve these issues. [Our MD, Tim Daplyn, recently wrote an excellent blog for HEPI on the need for a more realistic and nuanced approach to higher education wellbeing policy; you can read it here.]

We then heard Australian perspectives on combatting student illbeing from Laura Kampel and JH Venter of the University of New South Wales, a powerful first-hand account of depression and its stigma from mental health charity Time To Change’s ‘young champion’ Leah Barfield, and a barnstorming speech from GSA’s Bobbi Hartshorne, whose energetic presentation on wellbeing had everyone talking during the lunch break.

During Bobbi’s session, GSA launched a brand new research report called Student Wellbeing Matters, a report that brings together a decade of research from across the UK, Australia, Germany and Spain.

Later in the day, our breakout sessions covered a variety of topics such as student gambling, nutrition, ‘smart’ drugs, loneliness and isolation, and the specific issues facing international and postgraduate students. 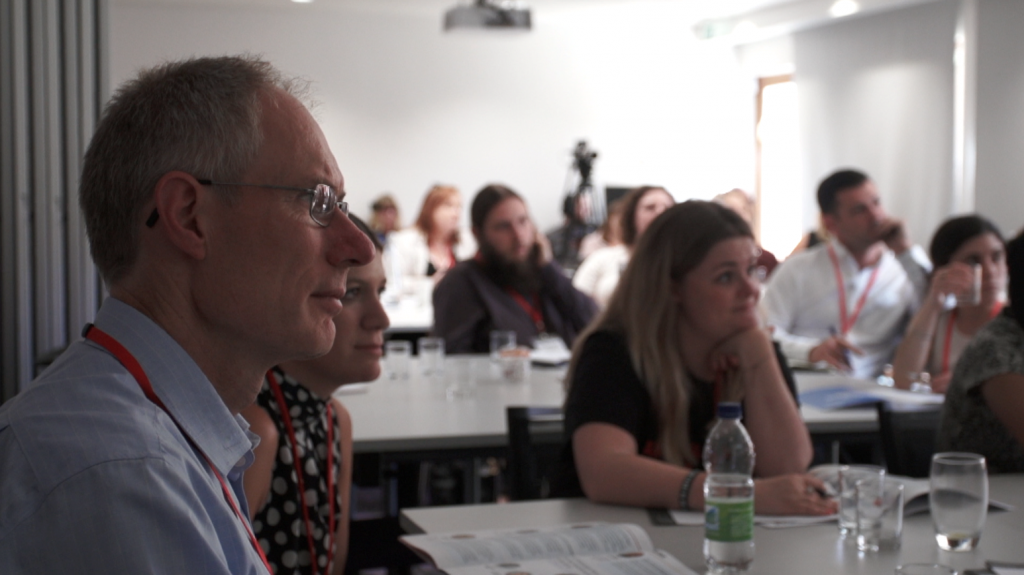 Despite the diverse angles covered, certain themes cropped up time and time again. The necessity for a holistic approach, as a real range of factors can build up to create or exacerbate mental health issues. The importance of proactive, preventative measures alongside reactive ones. The growing problem of isolation, which takes the same physical toll on a person as smoking 15 cigarettes a day.

I was particularly interested in the oft-mentioned need to promote and provide ‘e-mental health’ resources, such as Big White Wall and the Unihealth app, that are accessible anywhere and at any time of day, and have the benefit of anonymity for students who are uncomfortable with being identified. Having struggled with some of my own university experience, this felt like something I would have really benefited from at the time.

Possibly the most consistent recommendation of the day was the need for a whole-university approach to wellbeing. From providing relevant training to staff across the campus – particularly cleaners, porters and other accommodation staff, who see students day-in, day-out and can spot the warning signs of depression and anxiety – to designing the curriculum so that it actively aids wellbeing, it was clear that having a joined-up wellbeing strategy across all branches of university life was our experts’ favoured approach. 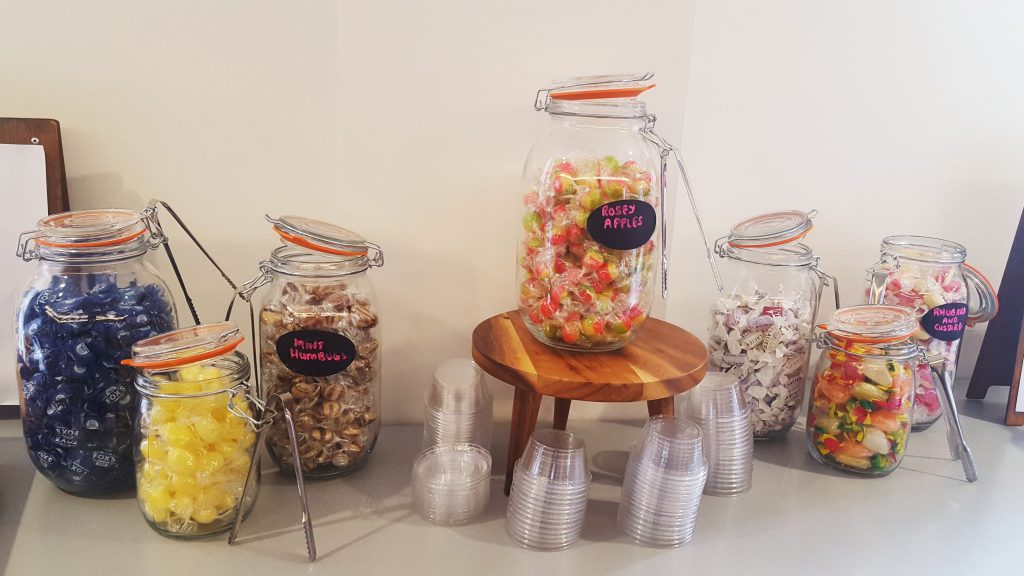 Sweet treats for the delegates

With such a huge amount to talk and think about, our delegates made full use of the opportunity to network and brainstorm with other professionals during the breaks, taking advantage of the food, drink and free massages on offer in between swapping business cards. Having had such an unusual first week at work, I felt I’d earned a massage, a jam beignet and a glass of white wine. (Just the one, though; there are some things that your new colleagues don’t need to see.)

After 9 hours of speeches, spirited discussions and sweet-filled goody bags, it was time to re-load what the Red Brick team had dubbed the ‘Fun Bus’ and make the long journey back to Kent. Although I’d never attended a conference before, I was truly impressed by what my team had managed to create – and judging by the feedback both on the day and since then, I’m not alone.

Student wellbeing is a critical issue at the moment, so it’s massively rewarding to have been involved in a project that leads the charge on it. Best of all, after a uniquely challenging first week with Red Brick, I feel prepared for anything that’s thrown my way… apart from cryptic guessing games.

Jen has recently joined Red Brick as our new Digital Marketing Assistant. She’s a Countdown octochamp and non-league football fanatic who (nearly) always has a bow in her hair. 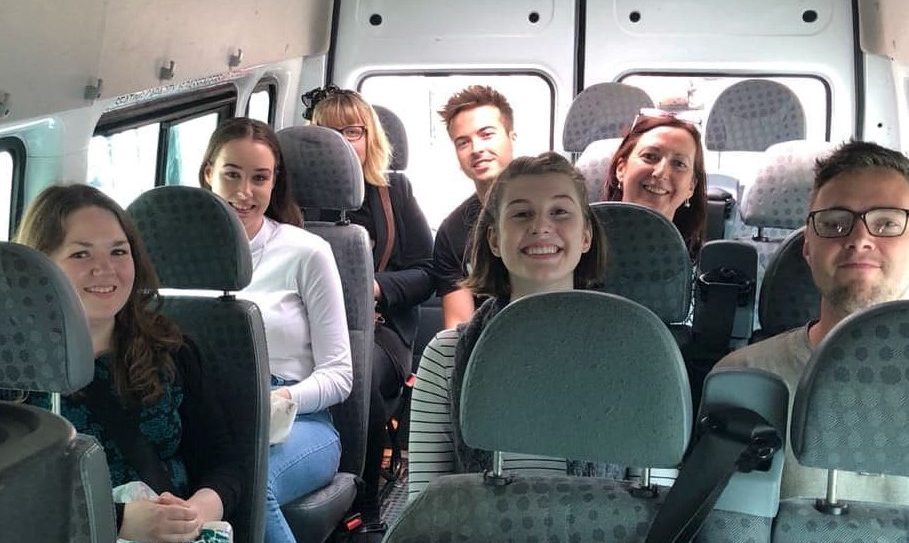 The Red Brick team on the fun bus™