Snapchat isn’t new, but the perception of this app has changed dramatically since its release in 2011. The app – which deletes sent content after 10 seconds – was initially dismissed as a gimmick aimed at teens. But in the last year it’s amassed over 100 million daily users and attracted a host of celebrities as well as established brands and publishers.

And the latest group to get on board? UK universities. After all, it’s well understood social media is an invaluable tool for connecting with millennials. And while there is still a place for traditional social media such as Facebook and Twitter, experimenting with new forms is an exciting way to stay ahead of the curve and communicate with a new audience.

A snapshot of Snapchat

Unlike the public nature of Twitter or the semi-permanency of Facebook, Snapchat makes any content sent – whether that’s an image (snap) or text (chat) – disappear after 10 seconds of being opened. The privacy is a welcome antidote to the public aspect of many other forms of social media and it allows younger generations to keep things from their parents who are, statistically speaking, probably on Facebook! When you add in fun filters and gifs, it’s easy to see the appeal.

It attracts over 100 million daily users who watch 10 billion videos a day – that’s a staggering 350% increase on last year alone. To put that into context, Facebook gets 8 billion video views a day (and it plays them automatically). Users are serious too; one study found they spend an average of 25 – 30 minutes a day on the app and that they ranked it second only to actual face-to-face contact in terms of favoured communication.

It’s last round of funding brought in $1.8 billion and the current valuation of the company is $18 billion. According to an article on The Financial Times, its owner, Snap Inc., may go public next year at a valuation of $20 – $25 billion. The upshot? Snapchat means business. 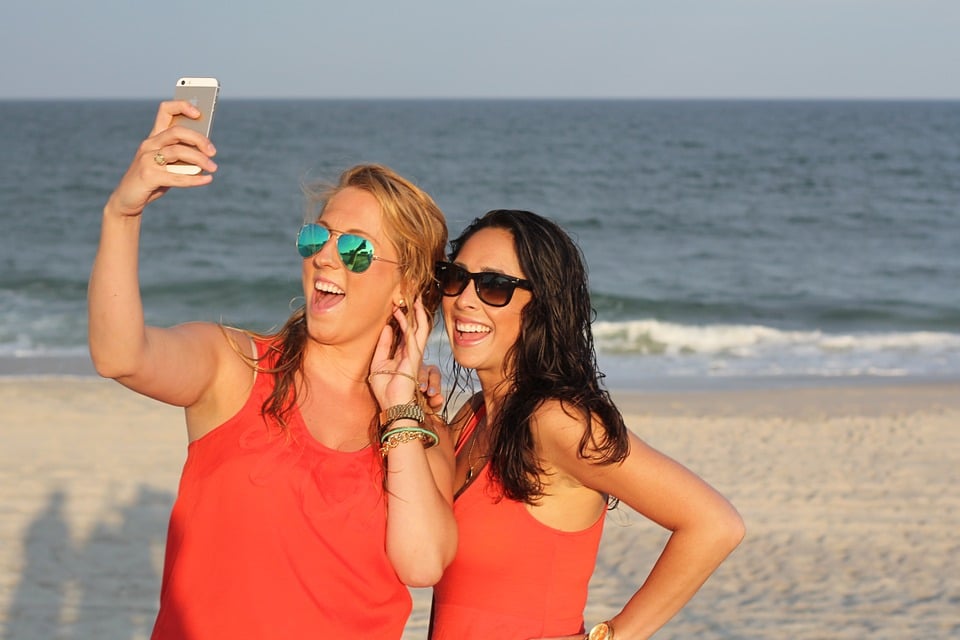 Snapchat has 10 million daily active users in the UK, which according to the company makes the UK its second largest market worldwide. It’s still a predominately youth dominated app with millennials accounting for over 70% of all users. So younger people are definitely enamoured with this means of communication , millennials surveyed said they’d rather delete their main phone app than lose Snapchat. This is all good news for universities – the Snapchat demographic lends itself incredibly well to connecting and engaging with prospective students.

How universities are using Snapchat

US universities have been touting the benefits of Snapchat campaigns for a while and increasingly we are seeing more UK universities signing up to try the app out. Newcastle University was one of the first UK universities to try Snapchat. In an insightful interview they shared what works and what doesn’t for them.

“When we first started up the only benchmarks for content we had were American universities and their key content seemed to be a lot of student ambassadors in khaki pants getting excited about handing out free parking passes, or something just as banal like people standing at a table at a recruitment event. We tried that kind of stuff and it just doesn’t go down well.”

Instead quirky and fun snaps tend to go down best with the Snapchat crowd – from drawing faces on campus landmarks to doing mini campus tours. As a result of following this sort of approach, Newcastle University had applicants and current students contact them via Snapchat and in some cases even screenshotting their snaps and reposting them on their other channels.

Thanks to its transient nature, Snapchat lends itself well to ‘in the moment’ insights into university life. And where university websites are often formal, text-based affairs – snaps can show off universities in a light-hearted way.  That means straight up marketing messages are out – instead consider it like a conversation where engagement is instant and relaxed. 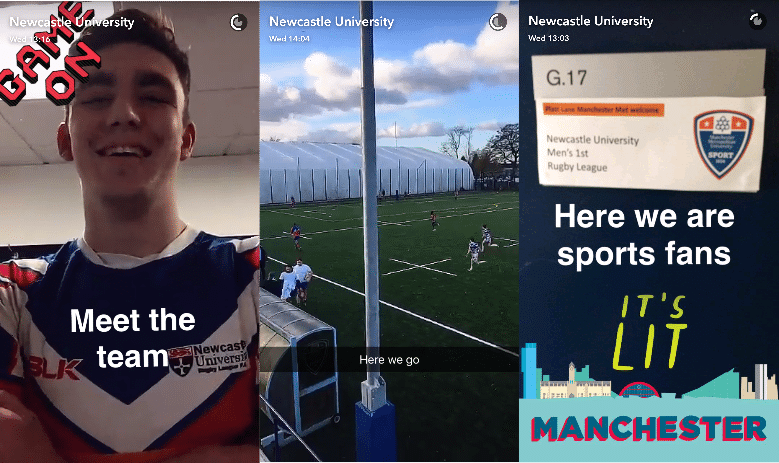 Like student blogging, a student Snapchat takeover can provide even more insight into university life. Of course this needs to be done with care to avoid any blunders, but with management this can be a great way to showcase the culture of the campus.

Ideally enlist the help of responsible students from a variety of backgrounds and disciplines. They should be briefed by your social media or marketing manager on what to do and what not to do – this email from Colorado State University is a great example.

Snapchat is a fantastic resource for attracting and engaging prospective students. It’s dynamic and thanks to the ephemeral nature of it, it allows an informal, pithy approach that’s hard to achieve with other more permanent forms of social media. After some inspiration? Here is a list of UK universities currently experimenting with Snapchat. Happy snapping!