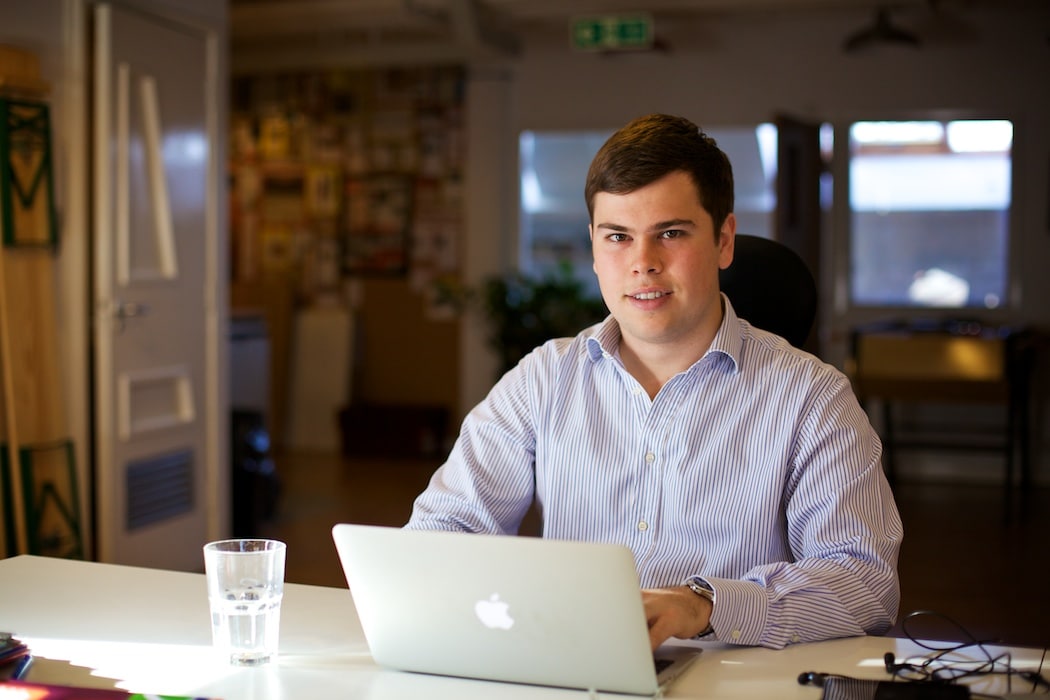 In November 2009, George Burgess founder of Gojimo launched his first app GeoRev. The app was developed while George was at school and was based on the GCSE geography syllabus. Today, Gojimo is the UK’s largest provider of mobile learning apps and is developing a presence in the USA with the aim of becoming the “world’s most recognisable exam preparation brand”.

The company has six employees and has received $1m in funding from tech-focused venture capital firm Index Ventures with input from JamJar investments. The young startup has certainly grown at an astonishing rate and George’s story is a captivating tale of determination and innovation. 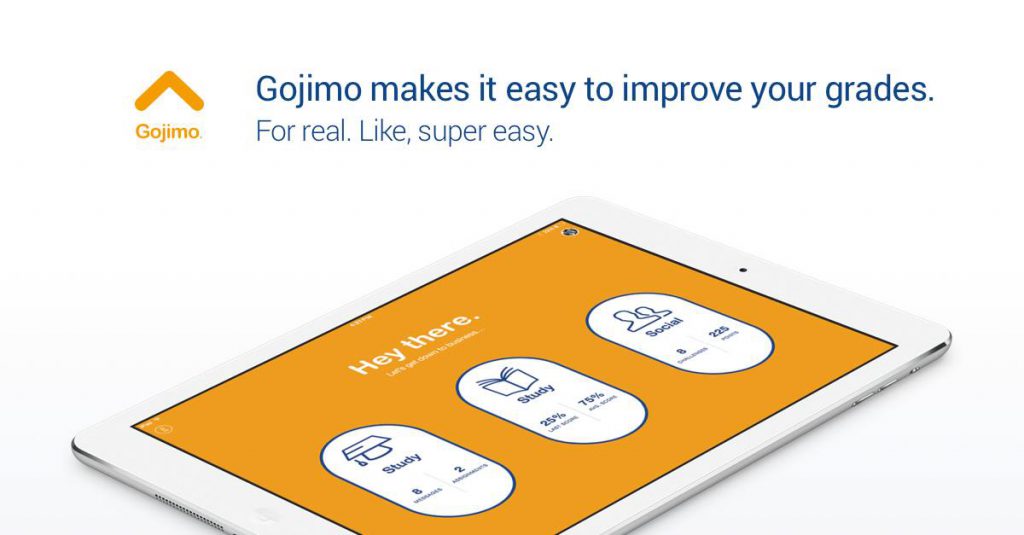 George first entered the business world when he was just seven years old – selling storybooks outside his house. Aged 12, he got sweets banned at his school, due to the amount of rubbish that was being generated from sales and at 15 he became an Ebay Power Seller, generating over £35,000 a year. He also founded a film production company with a friend and produced DVDs of drama productions for six London schools. 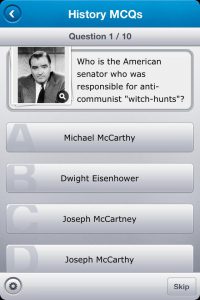 Aged just 17, George recognised the need for GeoRev and effective revision apps. The app had been developed with assistance from George’s geography teacher and a freelance developer. In the first few months the app gained coverage in blogs and the education press. This led to a quick expansion of the product range, with new apps covering a variety of different subjects. Interestingly all the questions were written by George’s teachers who received a royalty.  George suggests that this was a particularly “unusual situation” where a student was making regular payments to his teachers.

Clearly George had a unique outlook at a very young age and this initial success quickly accelerated with a major deal with BBC Bitesize to produce nine different GCSE revision apps. These apps became an instant success and the business quickly reached a new level of maturity with increased corporate interest and contracts. George told Red Brick that after launching BBC Bitesize apps, they were “overwhelmed by interest from other educational publishers”. 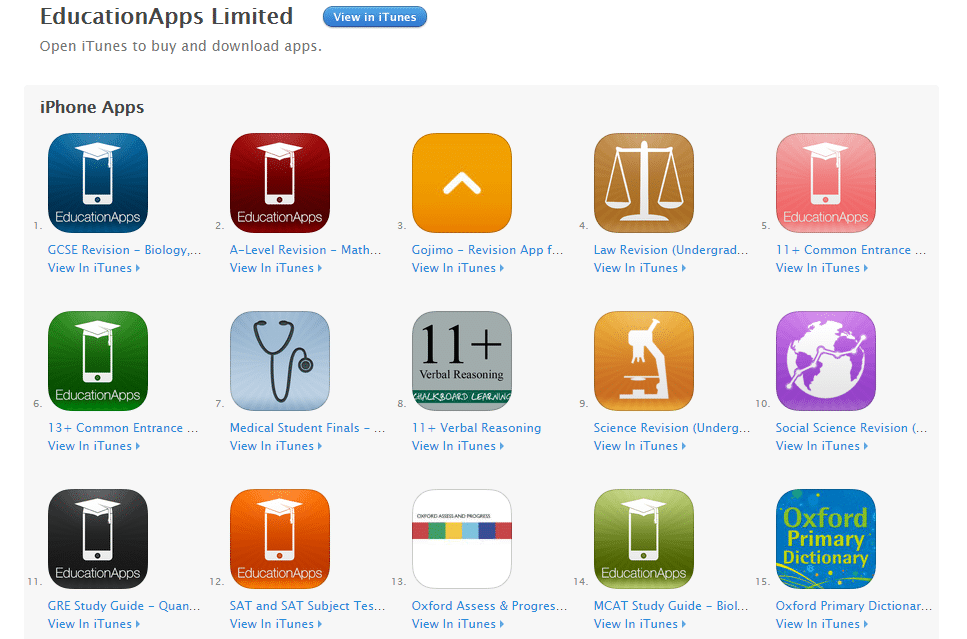 By 2012 the business had over 100 different apps and George had to balance running the business and his first year of study at Stanford University. His time at Stanford inspired greater entrepreneurialism and a passion for high growth, technology startups. George says that this was a very different mind-set, and that in Silicon Valley they want to “build billion dollar companies and global brands”. This ‘Silicon Valley mind-set’ meant that George reassessed the Gojimo strategy and decided to move from individual apps to a single platform that covered a range of qualifications and subjects.

By 2013, Gojimo had taken on more business including a significant relationship with Blackberry. Unfortunately, George had to take a break from university to manage the business more effectively. However, in the end this turned out to be a wise decision as Gojimo was offered over $1million of investment. It was at this point George knew he wouldn’t be going back to Stanford describing the development as “an opportunity too big to miss”. 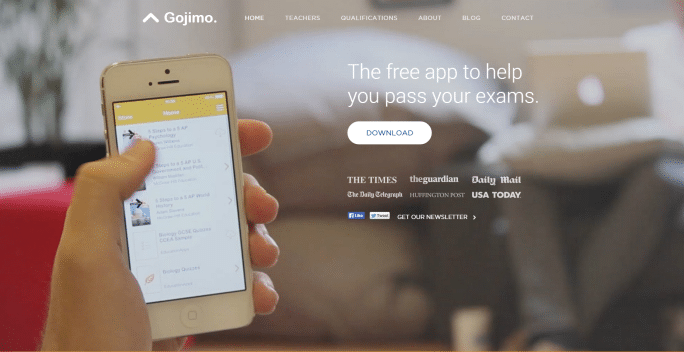 The company is now based in East London and has developed a brand new iOS app with a pending Android release.  Gojimo has everything going for it and here at Red Brick we will certainly be watching with interest. George’s story is a clear example of how young people can create incredibly original and useful businesses. Furthermore, the influence of Stanford is a prime example of how universities can help with student startups whether it is in terms of business thinking or more tangible support.

We asked George a few more questions to learn more about Gojimo and his story:

1. What are your prime business motivations?

It’s certainly not money. To me money is a measure of success and little more. Growing up, I’d always loved running small businesses and knew I’d end up starting my own company when I was older (though perhaps not quite as soon as I’d originally expected). To me, the variation that comes with running an early-staged business is what keeps things so exciting. On the same day I can be in a meeting with a major academic publishers, speaking at a school, discuss a contract with our lawyers and working with our developers and designer on a new version of the app. Where else does one get that variety?

2. What have you learnt in your first few years of trading?

I’ve made dozens of mistakes which are so frustrating to look back on, but that’s the only way you learn. The most important thing to do is surround yourself by experienced and caring people, who can help when times are tough. I am very fortunate to have an incredible network of informal advisors who I often call upon. 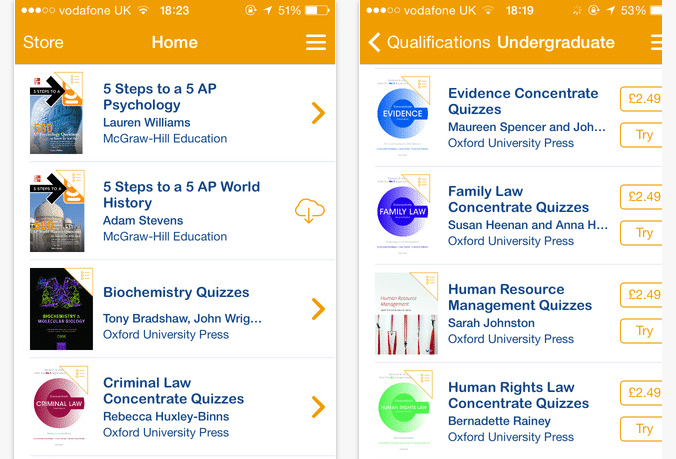 3. Other than the BBC have you had any major clients? / Have you developed any education apps for universities?

We currently offer content from McGraw-Hill Education and Oxford University Press within the Gojimo app, as a premium in-app purchase. We have a bunch more big deals we’ll be announcing early next year.

4. What would be your top tip for other young entrepreneurs?

Well my first tip to young people is to actually give it a go! There are so many young people out there interested in entrepreneurship, but very few who actually end up pursuing it. It’s important to realise that market research and business plans aren’t always needed, my advice is to just give it a go, and start selling whatever it is you want to sell, or creating whatever it is you want to build. 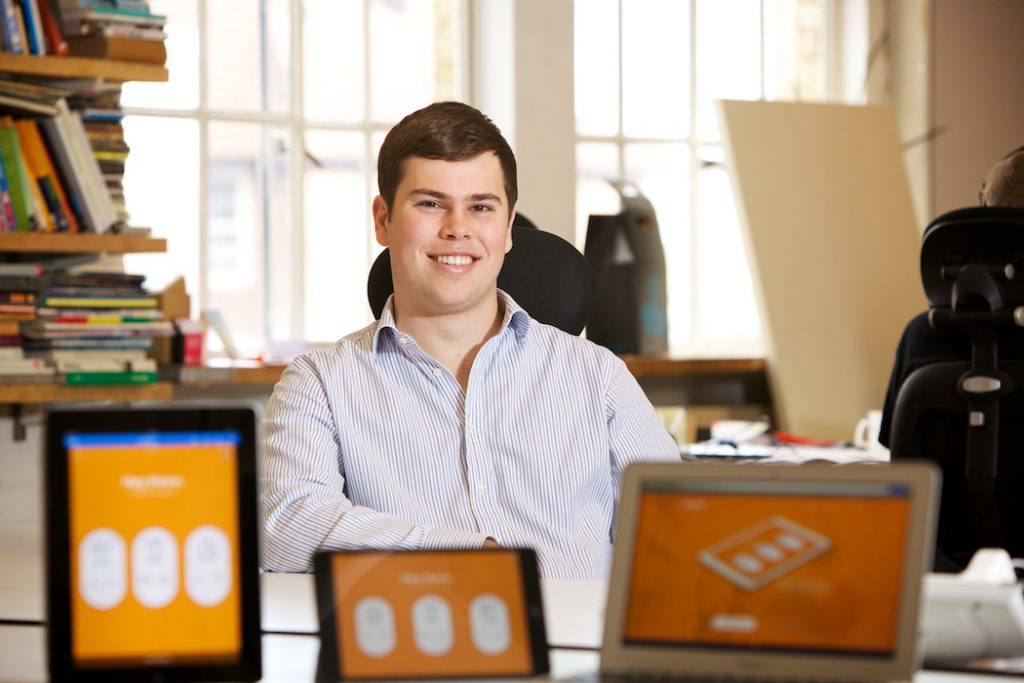 5. What does the future hold for Gojimo?

We’ve got a lot of exciting things in the pipeline. In the short-term we’ll be releasing a Gojimo app on Android and a web version of our platform. Both of those will be available by January 2015. In the long term, we want to start looking at how we can better use the fascinating data we’re collecting. We think we can make use of all that data to provide personalised experiences for each student.