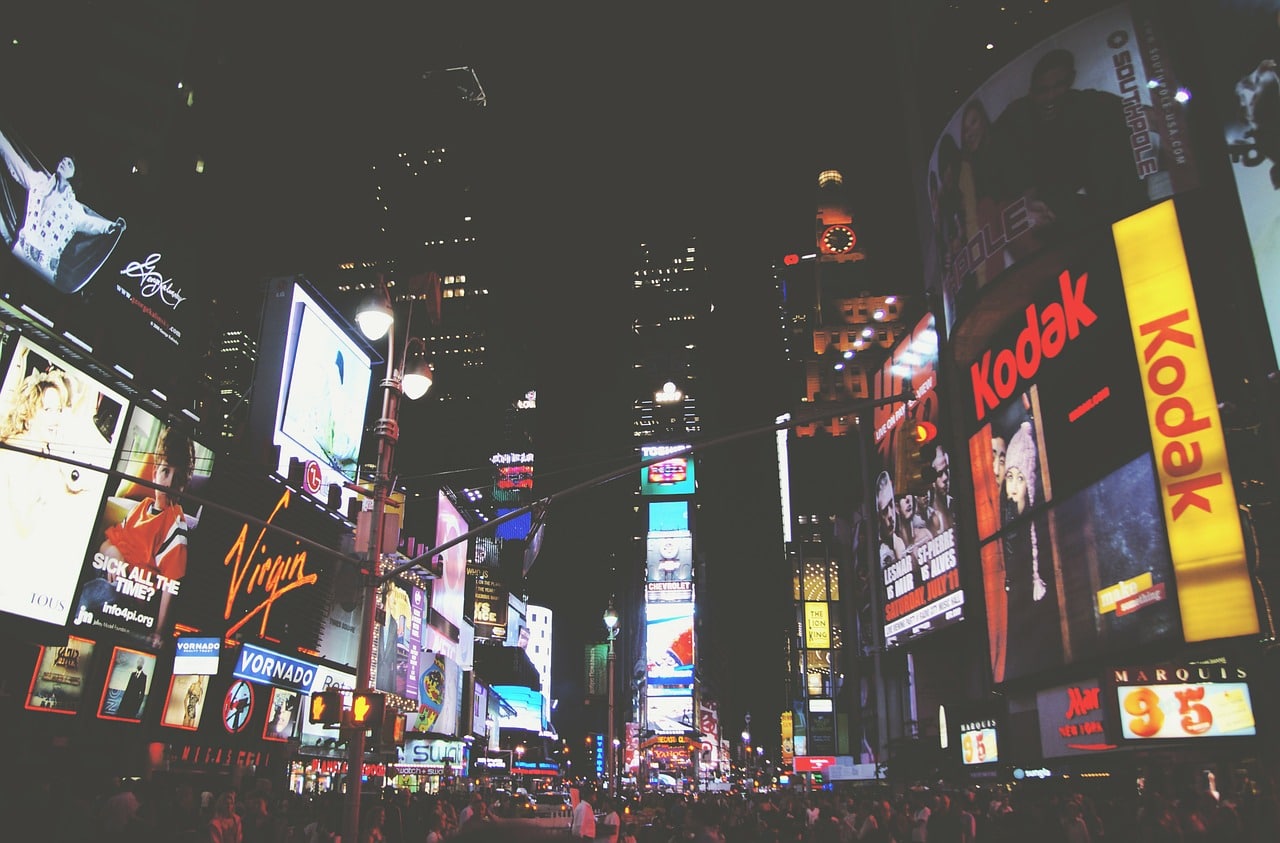 Getting decent press coverage is a tricky business, but the results are worth it. From increasing brand awareness to direct sales, data shows that getting mentioned in the media is a great marketing tool.

But just how do you attract the attention of the media? It’s tough and one of the many reasons why PR fee income surpassed £1bn for the first time ever in 2014.

One of the ways in which businesses and PR agencies are grabbing press attention is through data. To find out more we caught up with some journalists and PR professionals to see how you can use data to generate press coverage. 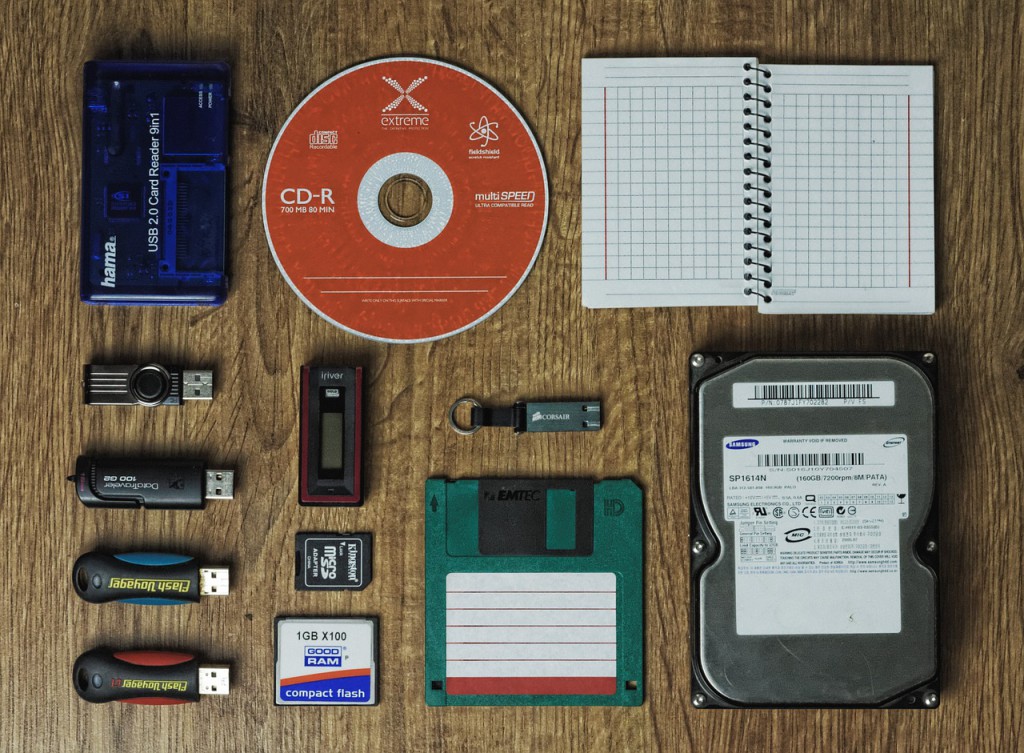 First up we spoke with data journalist Paul Bradshaw. He has written for the Guardian and Telegraph’s data blogs and runs the MA in Online Journalism at Birmingham City University. He also publishes the Online Journalism Blog, which UK Press Gazette describes as one of the country’s ‘most influential journalism blogs.’

We asked him why people are interested in data and he told us: “Generally people read data stories either because they’re surprising, useful, or insightful. Ultimately it’s not about numbers but about how that affects people – so a case study always helps.”

Ellie Glason is Head of Media Relations at Wild Card PR, an independent consumer PR agency, she told us: “Stats and survey results are a great way to distill and transmit the key idea behind a campaign. They provide quantifiable data that gives journalists a newsworthy hook or angle upon which to hang the story. Such research produces evidence to back up a campaign and thus give journalists a reason to write about it.”

Ellie also thinks that data appeals to readers as a method of comparison: “We Brits do love reading a good survey story, as it provides us with a benchmark to measure ourselves against. It enables us to relate to the story: whether we are in the majority or the minority, we are able to plot a place in the narrative of a campaign, which makes it feel relevant to our lives.” 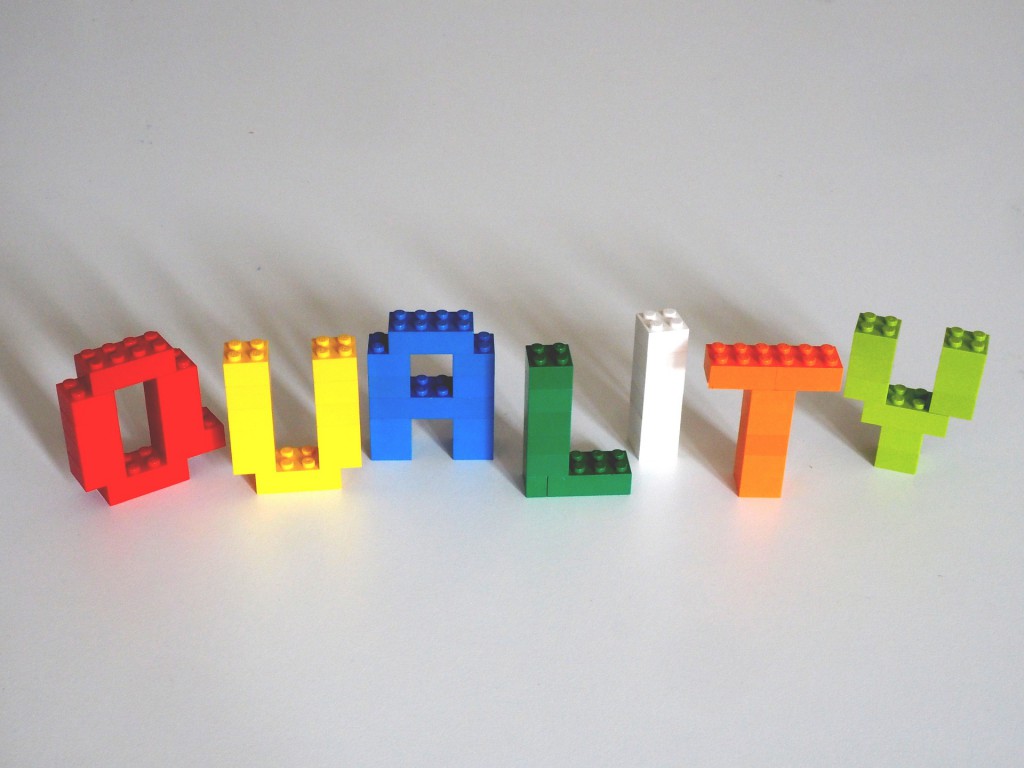 We asked Paul why the quality of the data is important, he told us: “Journalists are increasingly sceptical of companies which use dodgy data to try to get press coverage. If you can’t tell us how big the sample is or what the methodology was; if there’s no margin of error then we’re less likely to write a story.”

Paul advises sharing your raw data with journalists: “If you do not supply the raw data then there’s much less we can do in terms of stories. Raw data means we can do lots more in making it interactive or visual as well as textual.”

Data can often be confusing and the main point often ends up being ambiguous or worse yet, getting buried. Paul’s advice is: “Make it clear what is surprising, useful or insightful about the data. Does it tell us something new? Does it contradict (or support) a claim made by someone in power? Or a commonly held assumption? Does it highlight a problem? Does it make it easier for us to make a decision (whether that’s where to shop or how to vote)? Also make it meaningful – talk in terms of per person, per day or week, and that’s much easier to relate to.” 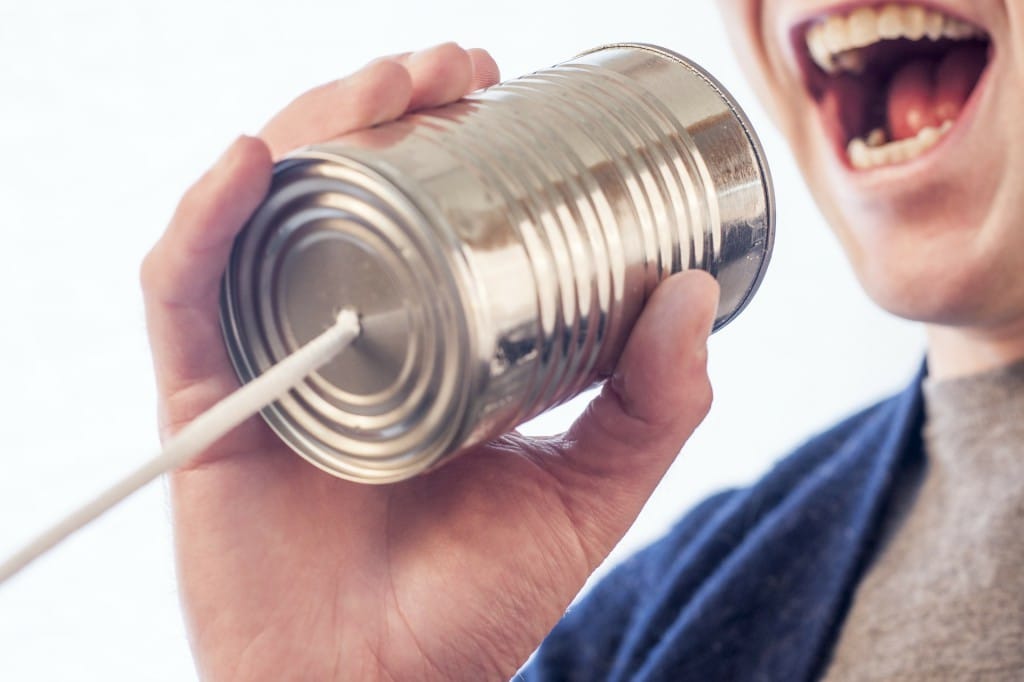 As well as making sure your point is beyond crystal clear, you have to ask yourself: is this interesting enough? As Ellie points out: “PR is all about creating editorially sound stories. Nothing should feel too branded. It isn’t just about conveying a story or campaign that makes your brand look great, but is also about creating content that will engage and inform consumers, which means it will be picked up by the press. Always think – why would an editor run this story?”

So how can you do that? Ellie suggests finding a good hook: “Hooks are vital, whether they link to trends, current news stories, or events. Surveys are a great way to create news stories, but be aware that they should link to what your brand is offering. Be creative and think laterally – and if you can offer something quirky, fun and counterintuitive, then all the better.” 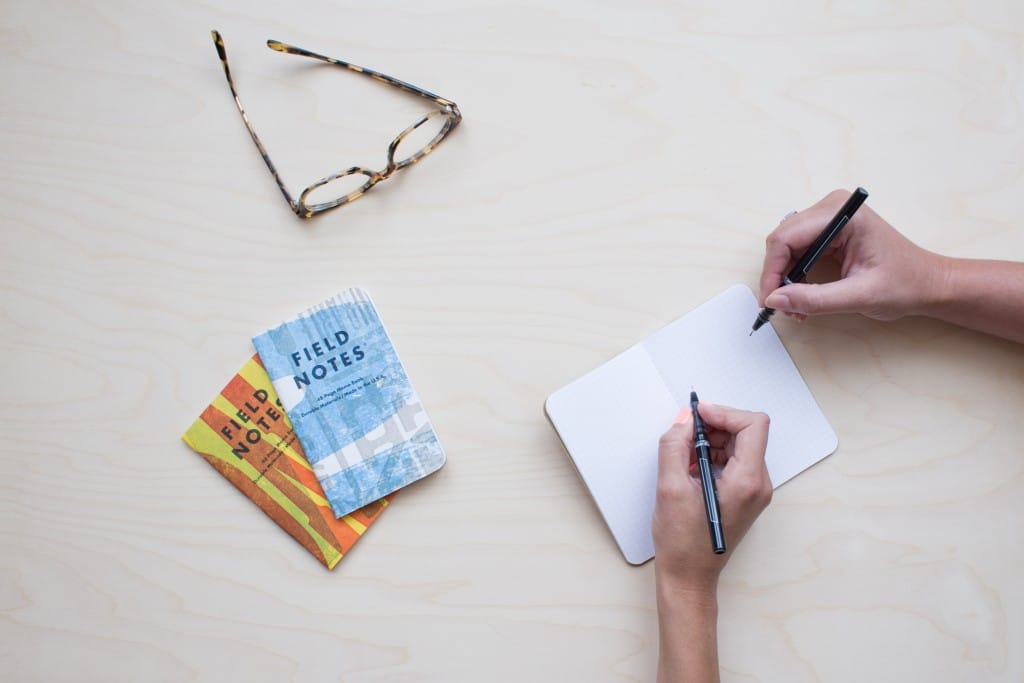 It’s also worth bearing in mind that data isn’t always appropriate. We spoke to Reveal Beauty Writer, Amber Ascroft who told us: “I actually find most surveys PRs send me aren’t very useful. They tend to be things people already know and nothing ground breaking or newsworthy.” This is where knowing your target publications like the back of your hand is of particular importance. As Amber points out, whilst a lot of data is not of interest to her, “there are certain topics where stats are more useful – things that are more serious, like sun care. When I’m writing about that, figures can be useful to give the article more authority and put across a point. Such as X% of people don’t reapply sun cream, then I would combine it with a quote saying why it’s so important to reapply.”

It could also be beneficial to find an expert within your company to act as a spokesperson and offer complimentary commentary on the data. PR consultant Grace Jessup told us: “If the spokesperson can say something no one else has said before, even better. Often business leaders are slightly too timid to really go against the grain, but it really does make for a better presence and gets them noticed in their market. Alongside this, getting a spokesperson a regular commentary slot in a key trade title is a great way to boost their profile.”

So that’s the theory – but how does it work in practice? We asked Ellie for a practical example and she told us about Wild Card’s recent work with Tetley Tea:

“We recently went out with a research story for our client Tetley Tea about the negative impact that winter months have on Brits’ health and wellbeing. The study was part of Tetley’s Winter-Proof Yourself campaign, to support the launch of its super teas range (fruit and green teas enriched with vitamins that provide hard health benefits).” 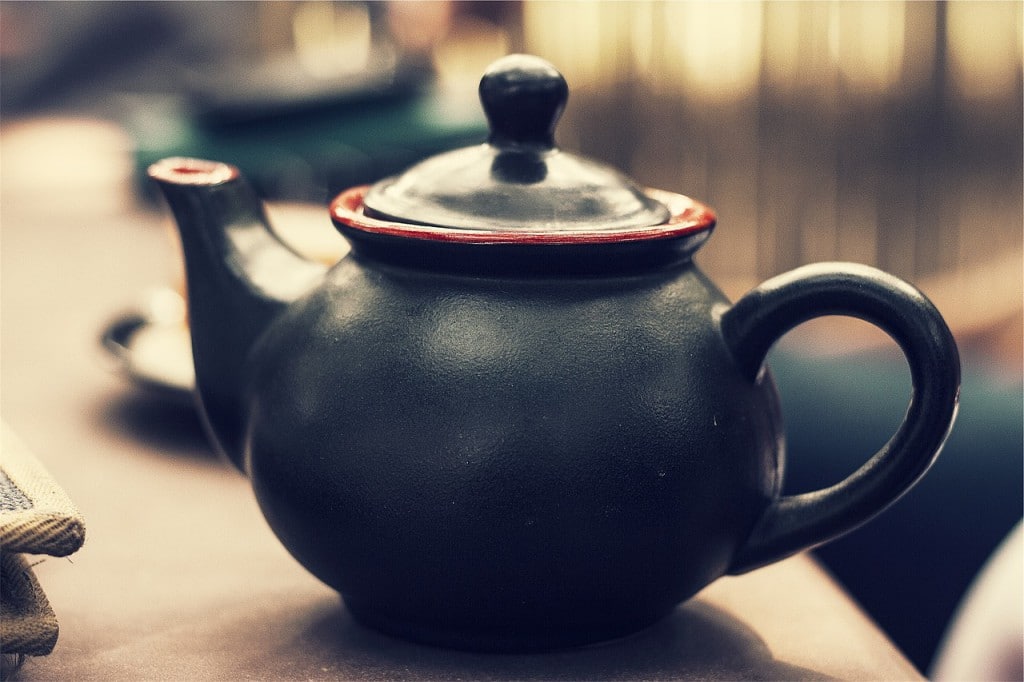 “The study revealed that 75% of Brits will feel run-down and ill over the winter and – shockingly – that the average Brit feels under par for a total of 34 years in their lifetime. Also that, when feeling run down, Brits are twice as likely to reach for chocolate than fresh fruit or veg. The study had a light-hearted element, providing a list of Brits’ top winter gripes (journalists love a good list).”

“To give the campaign further depth and consumer interest, Tetley worked with TV GP Dr Hillary Jones who provided a ‘winter proof yourself’ 10 point plan. So the survey highlighted a problem, and Tetley provided a solution, via expert comment (Dr Hillary’s 10 point plan) and the super teas product. The campaign was a huge success and was covered extensively in national and regional consumer press.”

And that, ladies and gentlemen, is how it’s done!