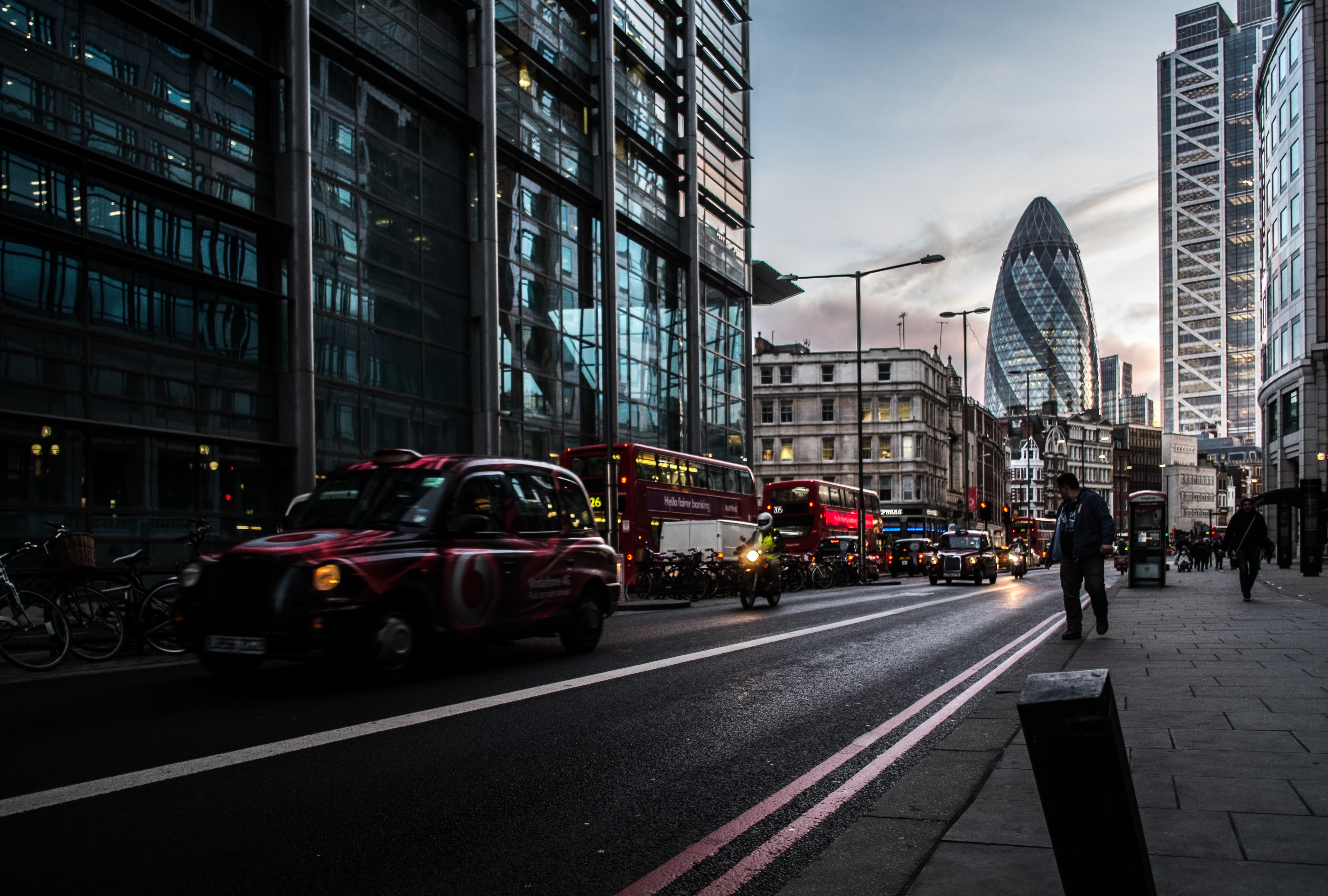 The banking industry is evolving like never before. When was the last time you used your chequebook? But how about logging into your bank online or transferring funds via your mobile? The latter is much more likely now, thanks to the banking industry’s digital revolution.

According to The Digital Banking Club 66% of the UK will be using internet banking by 2020. Whereas banking at physical branches has fallen by 30% in the last three years so says the British Bankers Association, and this trend looks set to continue with Lloyds Banking Group announcing closure of around 200 branches to allow for more focus on digital.

Here we take a deeper look at the digital banking makeover and speak to several industry experts for their views.

The local high street branch used to be the consumer’s main touch point; later ATMs were installed outside the bank, meaning you no longer had to enter the bank to withdraw cash. First Direct revolutionised banking back in 1989 when they offered banking via telephone, then later, online banking. 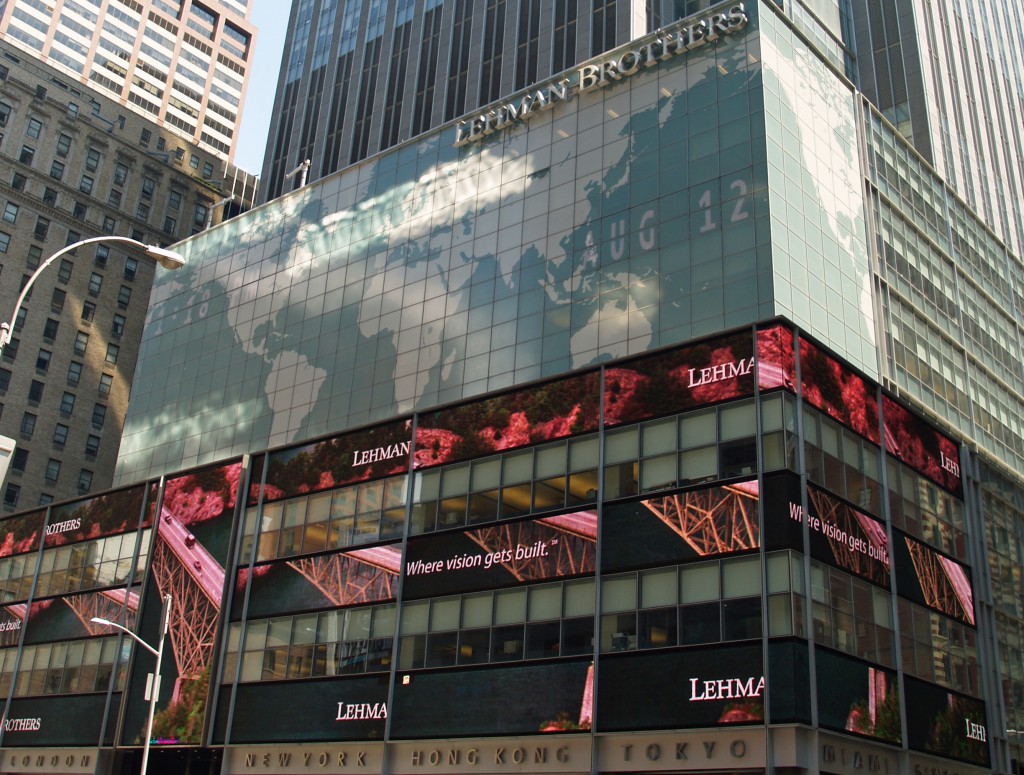 The 2008 financial crisis had a huge impact on the banking industry. Banking regulations were tightened and a slew of lean, flexible start-ups entered the ripe-for-change market. And with them, they brought a new digital mind-set.

These days most banks strive to have multiple touchpoints across various mediums, allowing them to serve and connect with all customers. Whilst the benefits are numerous for customers, a shift to digital makes business sense too. In-branch transactions cost up to 50 times as much as those on mobile. 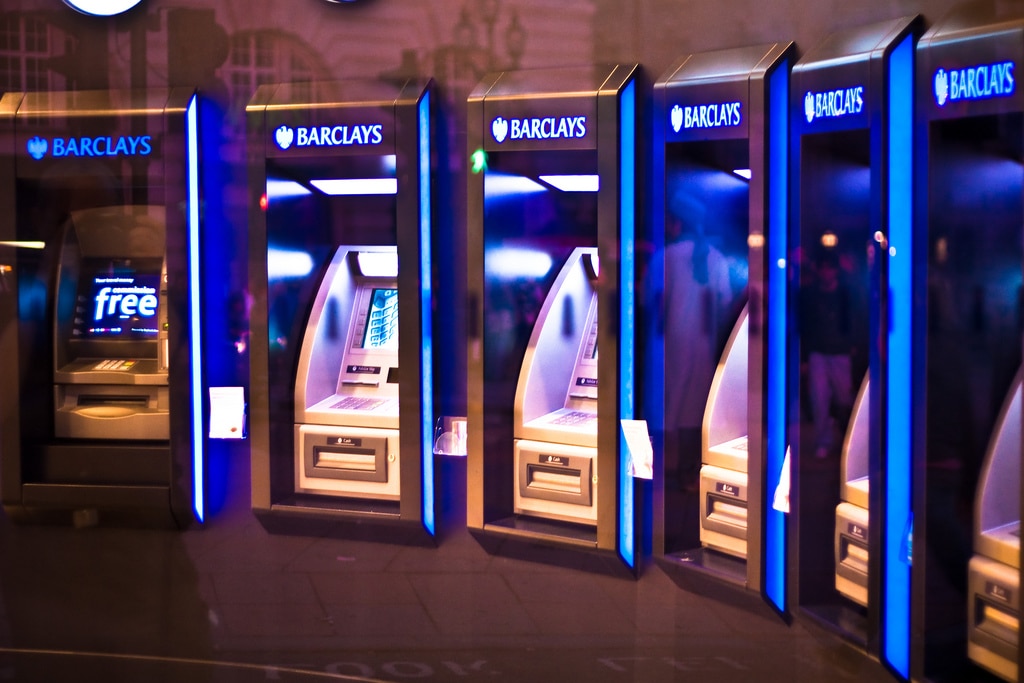 The digital banking revolution sounds very Silicon Valley, but it’s actually starting to happen up and down our very British high-street.

Take Barclays, from their team of Digital Eagles who offer free ‘Tea and Tech’ sessions that help people become more confident using the internet, to their Pingit app which allows users to send and receive money using just their mobile, they have embraced all things digital.

We spoke to Darren Foulds, Barclays Managing Director for Mobile Banking and Pingit to find out more.  First of all we wanted to know how the idea came about, he told us: “When we started to think about making payments easier we were really focussed on the design and making things much easier for people to both transfer money to friends and make payments to businesses for goods and services in a secure and convenient manner. We had the aim of making payments as simple as texting – this focus has meant we have designed a simple, intuitive proposition. We’ve also reacted to feedback from consumers to continually evolve the service to make sending payments more enjoyable through adding the capability to add pictures and integration with social networks. Obviously it also helps that customers receiving money want to register to collect their payment so the membership grows naturally. In the first year we managed £70m in payments whilst this year we will handle over £1.2bn.” 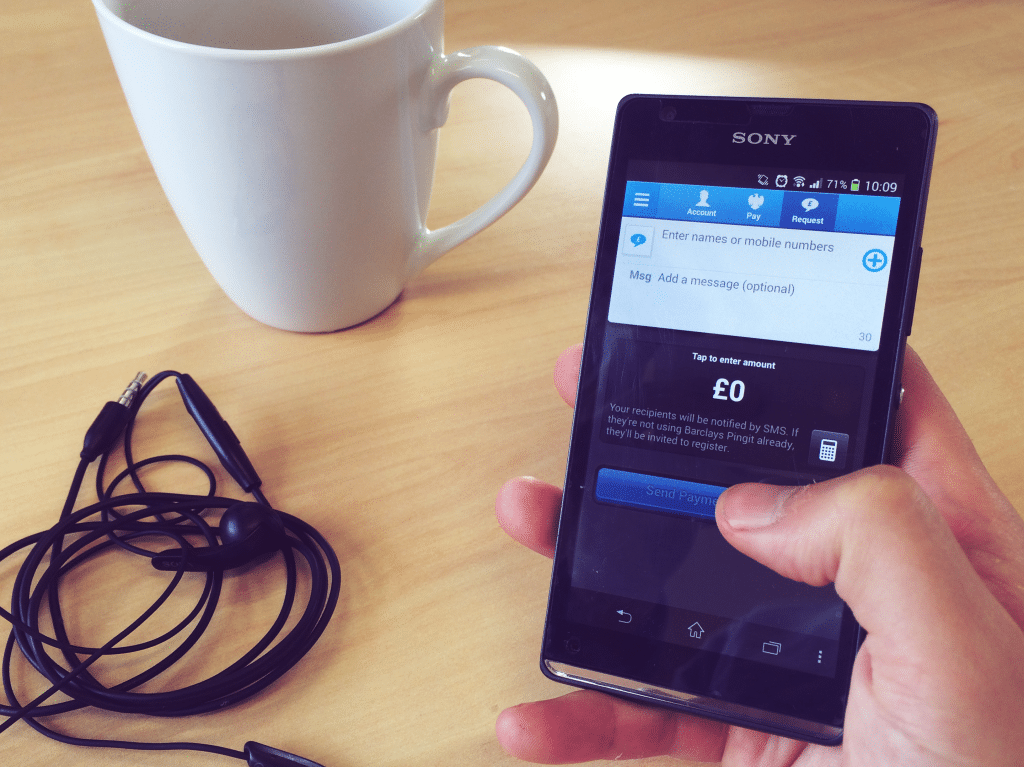 The success, you might think, is down to youth demand. After all, aren’t they the ones with their eyeballs permanently glued to their iPhones? Darren explained that this is certainly not the case with the Pingit app: “In reality the customers who use Pingit come from every age group. It definitely has appeal to the younger market and one of the main use cases is to support paying friends for events and nights out but in reality it is used across the whole age spectrum, whether parents sending money to children at university or individuals paying rent, buying goods and services, or settling bills at the end of the month.”

Best of all, these users are likely very happy! The Digital Banking Club reported that users of bank mobile apps are actually more satisfied with their banking provider than those who don’t embrace such software.  So it seems any bank looking to impress customers could benefit from realising this wide scope for digital banking. 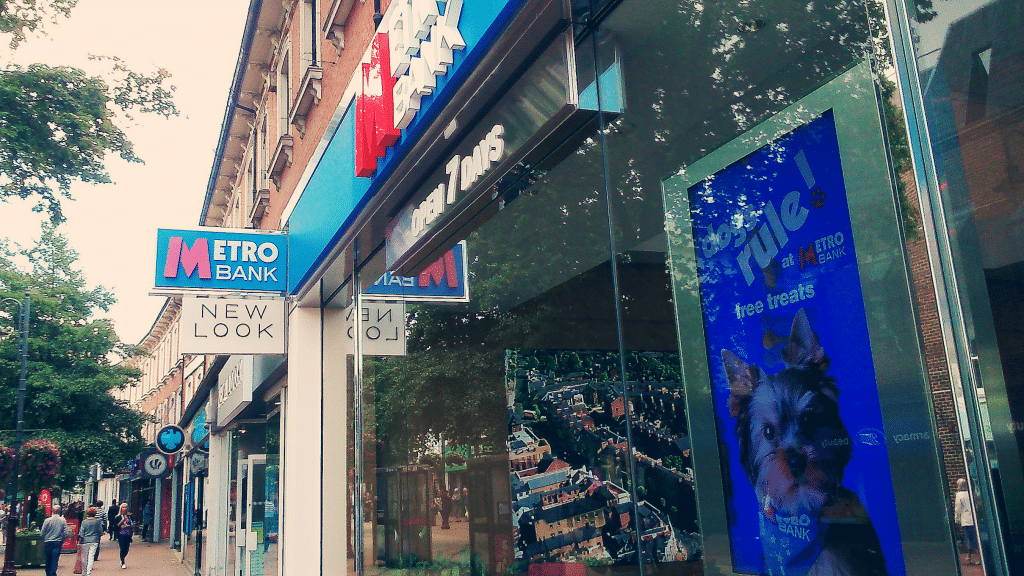 What about the new kids on the block? Metro Bank opened in 2010, the first new high street bank to open in over 150 years, yet it only has 36 branches. And later this year a branchless bank will open. Atom is authorised by the Prudential Regulation Authority and regulated by the Financial Conduct Authority – and will deliver all of its services via an app!

Outside of traditional banks, you can now pay for things with various services such as Apple Pay, M-Pesa and Google Wallet as well as the ever popular PayPal. Even investing your money has become easier! Let’s take a look at Crowdbnk, which describes itself as “an investment crowdfunding platform that allows you to invest in high growth businesses through equity & debt” – traditionally a specialist market, which would have been hard to access without expert knowledge. 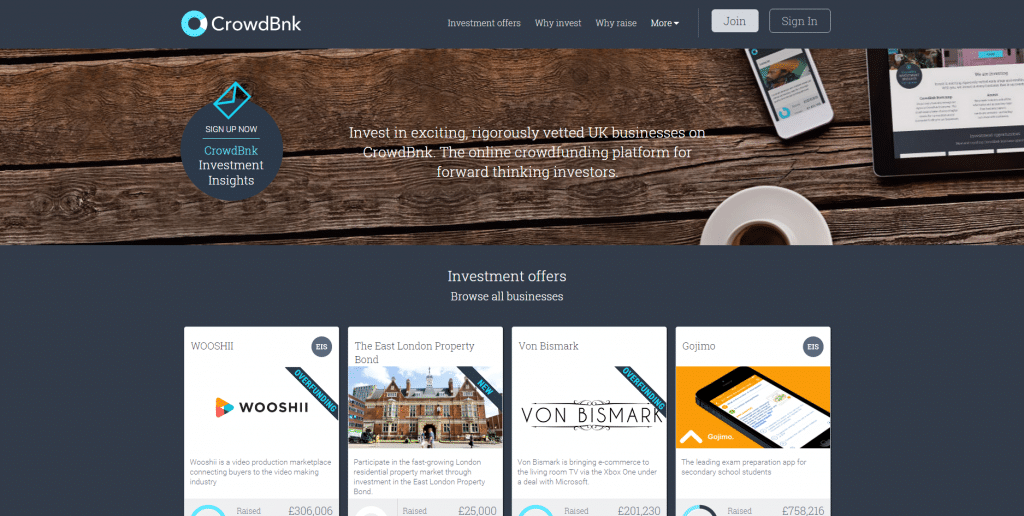 We spoke to Nick Foster, the Marketing Director at Crowdbnk and asked him why he thought it has proved so successful: “I think it has proved so popular because we have democratised investing.  It is no longer available to the few but instead has opened up, through technology and accessible delivery, to the many.  I think that the younger market see this as a normal and sensible way to carry out investment transactions and like all disruptive technologies the young tend to adopt this first before it goes on to come the normal way of doing things.  We are seeing this with apps like Uber and Air BnB and we will see it with investing platforms like CrowdBnk.”

This switch to digital feels quite abrupt, but Nick thinks the consumer desire has always been there, and it has finally been recognised: “I think people have always wanted to deal with their money differently – it is just that these days people have different offerings available to them.  Niche players are focused on tailoring a particular service to a customer need and doing that one thing really well.” 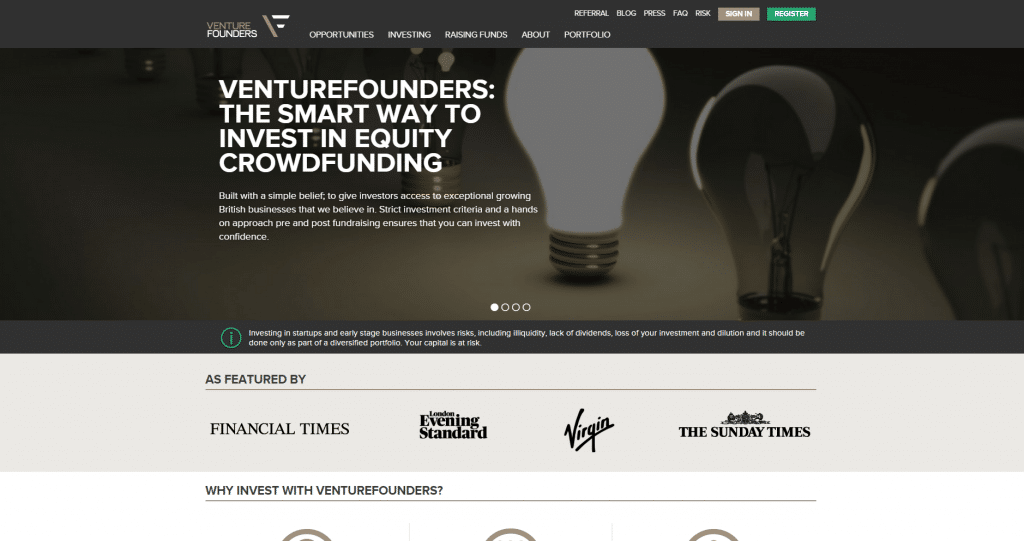 We also spoke to the Co-Founder of VentureFounders, James Codling who expressed similar sentiments: “Innovation in banking and financial services is important as it opens up these traditionally closed markets, which have historically stifled innovation and benefited the few, rather than the many. Alternative finance is leveraging technology to drive innovation, giving consumers more choice, making more nimble businesses and increasing competition, leading to an overall better level of service and value for money for consumers.”

It certainly sounds good for consumers, but is this going to threaten traditional banking? Nick from Crowdbnk told us: “The implications for traditional banks are that revenue streams, that they have taken advantage of by offering a volume of services, come under threat as these niche players do these services better than them.  The problem for banks is that they are seeing competition across the spectrum from multiple smaller more focused players.”

It seems traditional banks certainly have a challenge on their hands. They will have to learn how to compete with the ever popular tech companies whilst maintaining the traditionally high levels of face-to-face customer service that is expected of them.

Darren Foulds from Barclays thinks mobile is an important area to focus on:  “The growth of the smartphone coupled with digital services has really heightened customer desire for instant service and real time information.” And it is certainly an area more and more banks are expanding into. For example, Santander’s SmartBank app aimed at students, takes their bank statements and transforms them into easily understand infographics. 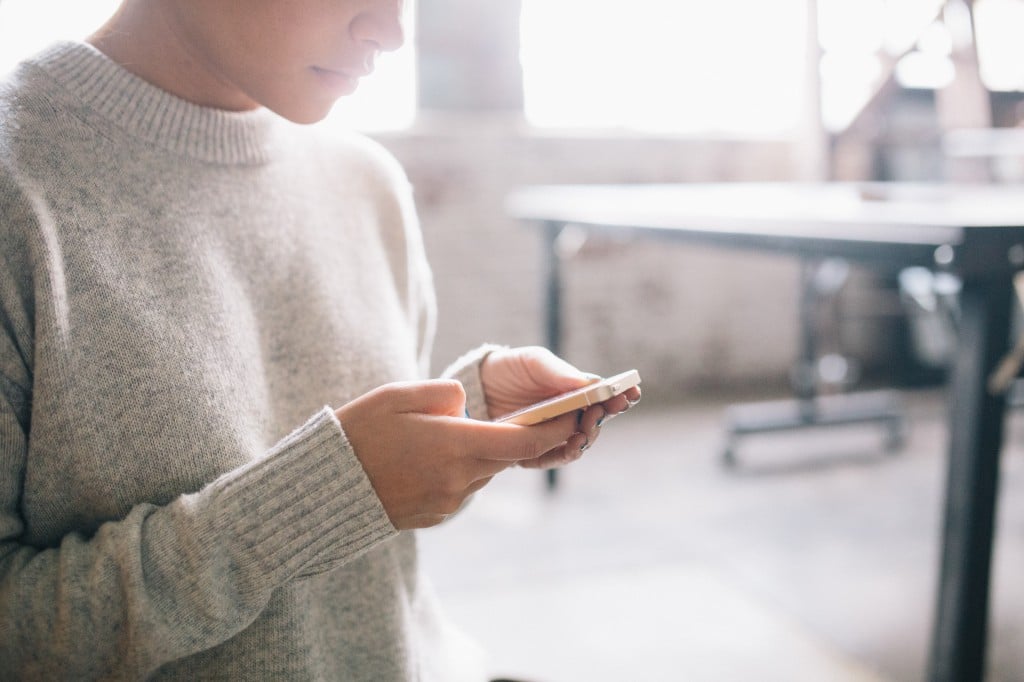 But as well as focusing on the product, banks would do well to utilise their experience with customer service. First Direct was ranked first in a customer survey ranking the service delivered by the UKs top 100 brands. The survey results show that whilst good products are important, spectacular customer service is something which is also highly valued, and cultivated over time.

Yes, as customers, we want simple, innovative products that easily meld into our hectic lifestyles. But as humans, we still crave interaction; a connection. Take Apple, they are widely heralded as one of the most innovative companies on the planet. Yet walk into an Apple store and you will be greeted with fantastic customer service from employees who are authentically positive and incredibly knowledgeable about the products.

Technology allows us to simplify banking and in turn make our lives easier. So it would make sense for banks to continue innovating and expanding their digital offerings, whilst retaining the high standards of customer service and face-to-face expertise that they are known for.