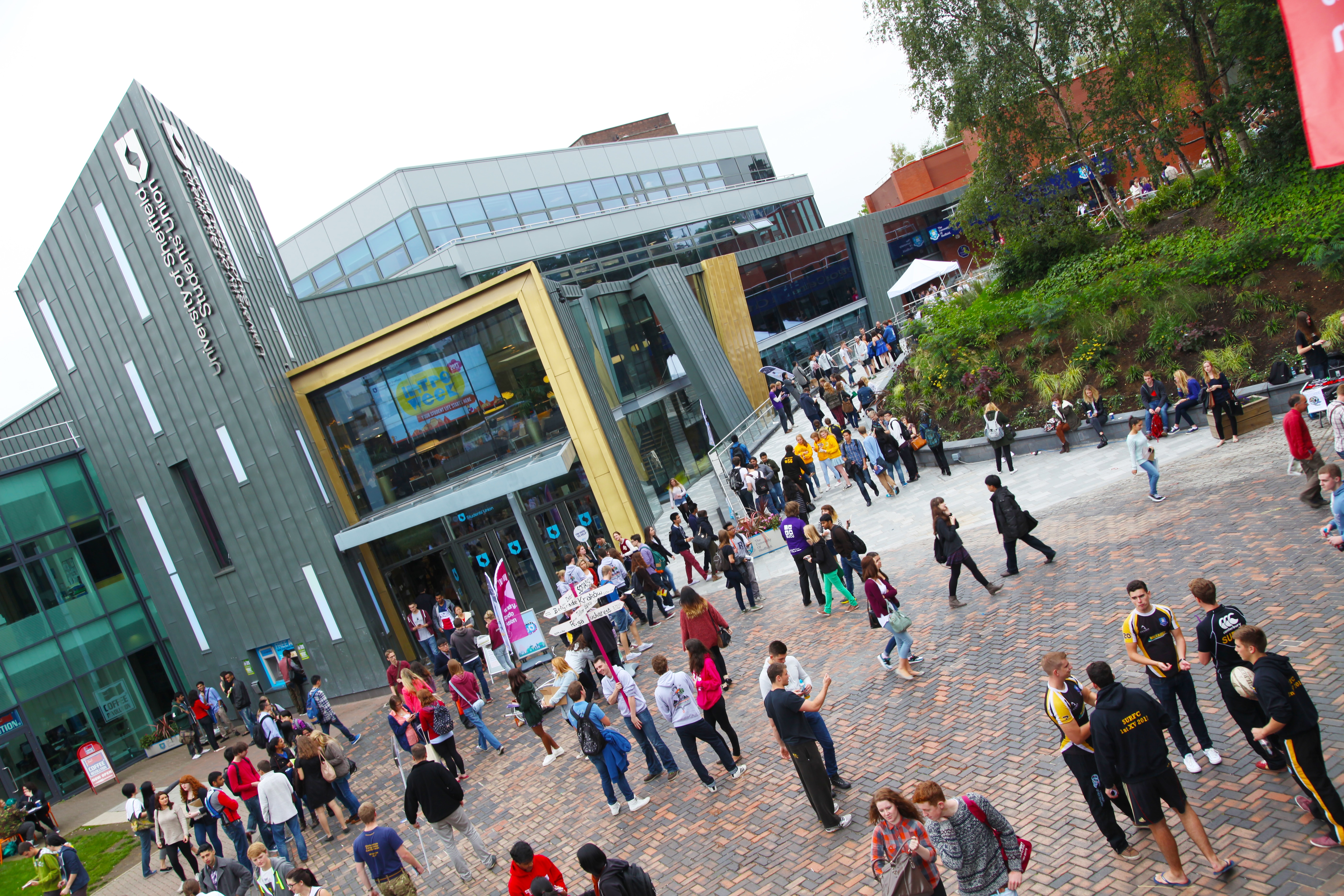 Students’ Unions lobby, debate and campaign on behalf of the students they represent. They also facilitate student activities, such as clubs, peer support and volunteering. Here in the UK, student unionism dates back to 1884, when the Edinburgh University Students’ Association was founded. By 1889 the first exclusive SU building was built, Teviot Row at the University of Edinburgh.

Some SU funding comes from the university; this is known as the block grant. But more often than not, this is supplemented with SU fundraising efforts as well as sales from the unions’ commercial outlets. Any money the SU receives must be spent in a way which furthers their charitable purpose and subject to the Education Act 1994; all Student Unions must be run democratically. 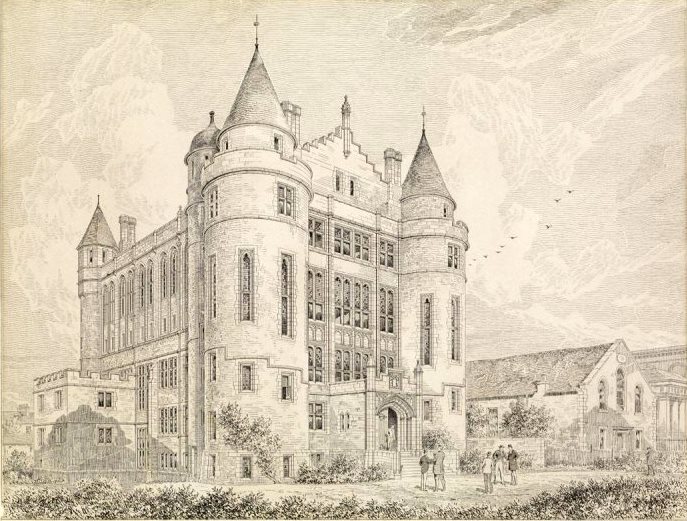 The influence of Students’ Unions has been called into question by a few politicians over the years. Former Prime Minister John Major wanted to diminish SU influence, the National Union of Students (NUS) along with a number of SUs were able to successfully lobby against his plans.

Today there are over 600 Students’ Unions in the UK; ; we spoke to several highly acclaimed Unions to find what works for them and what makes one great!

First up we spoke to Elliot Howells, the president of Cardiff University Students’ Union. In the National Student Survey (NSS) 82% of Cardiff University students said they were satisfied with the SU. When asked what his top tip for running a successful SU was, Elliot told us: “Listen to what Students want. We can’t assume that students will like a particular change or project; we need to ask them first and then make changes or redevelop buildings with their interests in mind. It’s good to communicate the opinions of students as ultimately Students’ Unions are built around making the voices of students heard. It’s also important to never be complacent; we’re always looking to improve what we do, while meeting our students’ needs.” 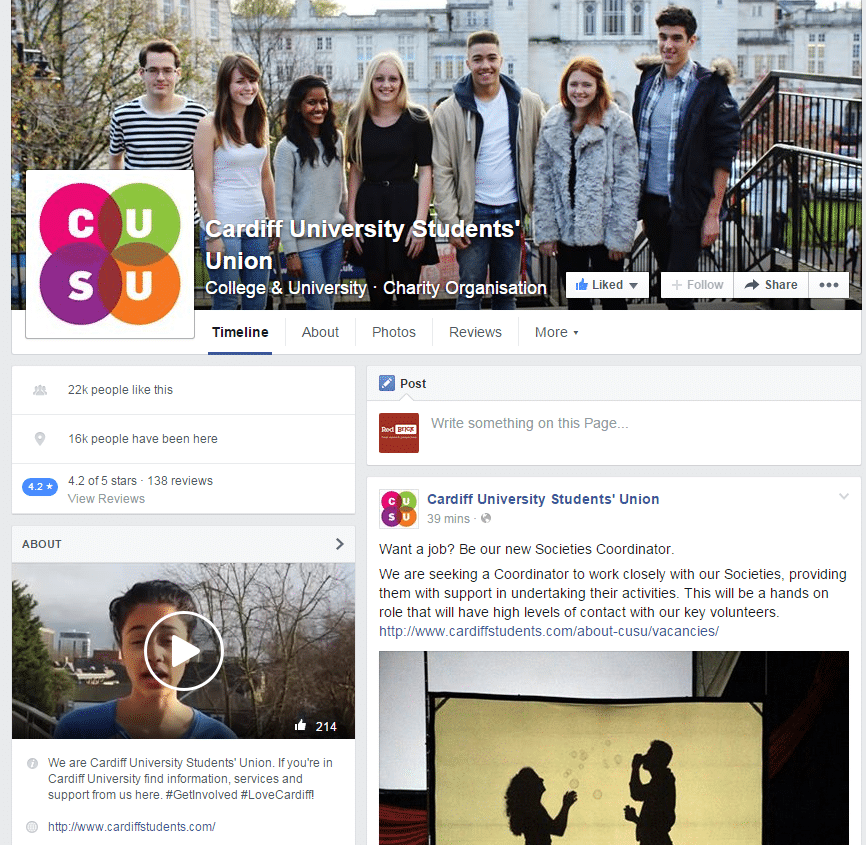 Paying attention to student voices is at the crux of a successful Students’ Union. At the same time, you have to get all manner of people on board with your vision for it to be successful, as pointed out by Aidan Grills the Chief Executive at Leeds University Students’ Union.

At the latest NSS, Leeds students’ satisfaction with their SU was 91%, far removed from the average 68%. Aiden told us: “Believe in the why behind what you do. Students’ Unions are unique, busy places; they hold a melting pot of talent, ambition and ideas which create an exciting place to work. You must bring all these people together to understand the purpose of the organisation and the impact of what we do, this includes placing a high priority on managing stakeholders at a senior level at the University. Staff and volunteers must feel connected to the vision, the strategy and to members. A lot of that starts with leadership, leadership at all levels of the organisation.” 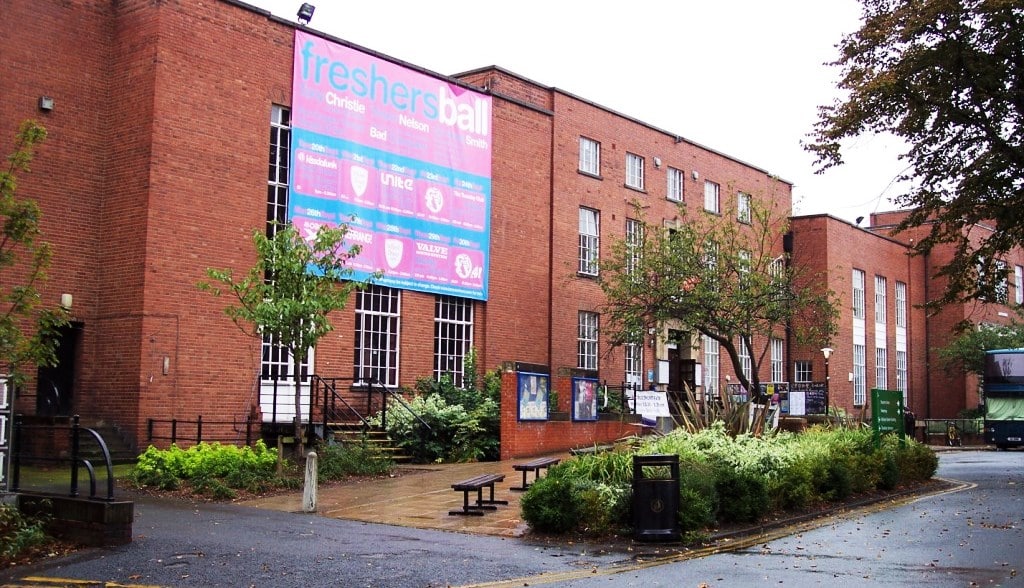 The very nature of SUs means they are busy places with plenty of people involved. Which is why, for Hannah Granton, PR & Communications Manager for Swansea University Students’ Union (89% SU satisfaction), one of the most important aspects of being a great SU is transparency: “Our values are to be transparent, creative, ethical and caring, fun and welcoming, led by students and to be diverse. I think the most important one of these however, is transparency. As a charity it’s important that we’re clear in everything we do and completely honest.”

Lastly, we spoke to Sheffield Students’ Union, which scooped first place at the last National Student Survey on students’ unions, for the third year running! So what’s the secret?

We asked Stephen Battersby, their Marketing and Communications Manager: “I don’t think I’m going to say anything ground-breaking here. Keeping students at the centre of the organisation is key; we make sure their views and opinions truly guide us. You then need to have positive, proactive staff in place to bring their ideas to life.”

Tying in with the above point, Stephen also highlighted the importance of everyone at the SU embracing a youthful perspective: “Be open to exploring new approaches to old problems, don’t be afraid of new technology, and foster a supportive environment that allows students to develop their own interests and solutions – they’ll be sure to come up with some really interesting ideas.” 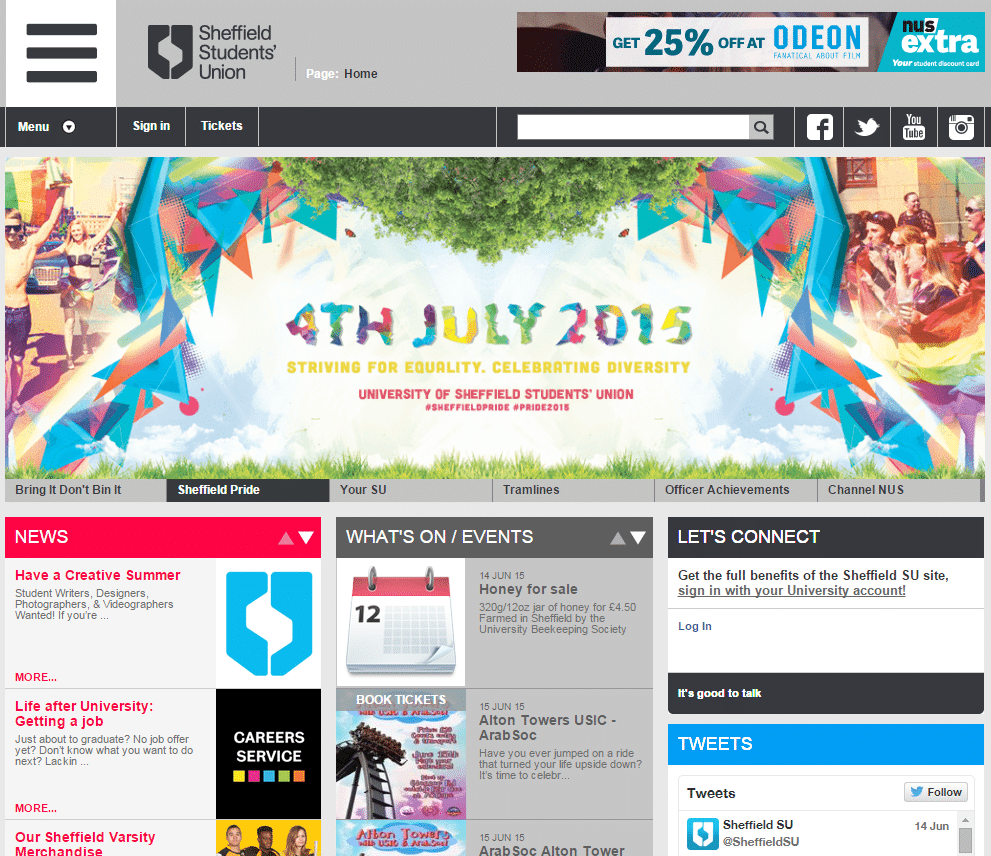 We’ve talked with some of the top ranked Students’ Unions about what makes a SU great in theory, but how does it work in practice?

The importance of listening to students was mentioned multiple times, but how can you do that effectively in practice? Aiden from Leeds University SU highlighted the importance of thorough research: “Our recent segmentation study has given us the depth of student insight we needed in order to create a new and ambitious strategic plan. We’ve discovered ‘something new’ which is always a great result after a research piece, and that new information has led us to think differently and produce what I think is a plan that will deliver very real outcomes for our diverse student body.”

He also explained the merits of effective marketing, particularly the relatively new concept of content marketing: “We’ve made great leaps in our content marketing and new media production which has paid off in spades, when you look at the success of our campaigns such as ‘Give an X’ around the general election, the Leeds Ball and our Leadership Race. Students relate to us and engage with us online in their masses.”

Getting involved in bigger debates, such as the recent General Election, is a great way to get students involved and shine the spotlight on the SU.

Elliot from Cardiff University certainly had success with this strategy. The SU hosted several events to encourage students to register and vote, from giving out 3,000 free ice cream cones to holding a debate with the Welsh party leaders. And the best part? It caused real change.

He told us: “Excitingly, at the close of polls, there was an 8% increase in the Cardiff Central constituency; the highest in Wales and the highest of any densely student populated constituency in the UK. With a 67.3% turnout, we were also 1.3% above the national average. This follows a lot of hard work from the Students’ Union and real political enthusiasm from our members, and can in no small part be attributed to the General Election campaign that we ran. 19,700 people registered in 4 months in Cardiff Central. To have 600 students show up to a debate and engage with it in a meaningful way is unprecedented for this sort of event. We tackled the young voter apathy that everyone across the UK is talking about. This was evident to the wider world during our numerous features in local and national media. Not only did we know our students weren’t apathetic, but the public did too. Pretty impressive stuff, don’t you think?” 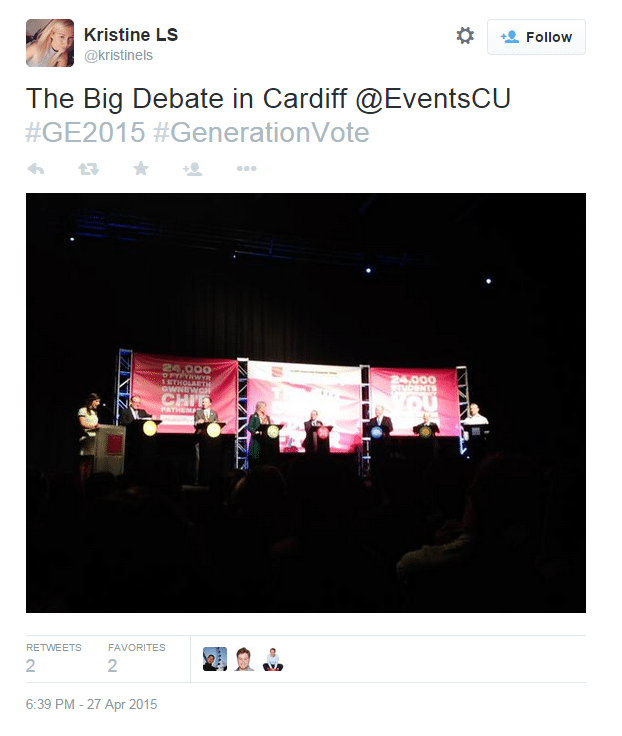 That is an example of a very successful campaign indeed! But what about general day-to-day success?

Stephen from the University of Sheffield thinks a sufficient breadth of great services and touch points is key: “There are lots of different touch points for students to interact with our SU; from joining in activities, fundraising and volunteering, to socialising on nights out, running campaigns, or just dropping by to use our cafes, shops, or support services. It means we’re relevant to many different student segments. We also constantly review, with students, where we are and how we need to develop to ensure we stay relevant in future.” 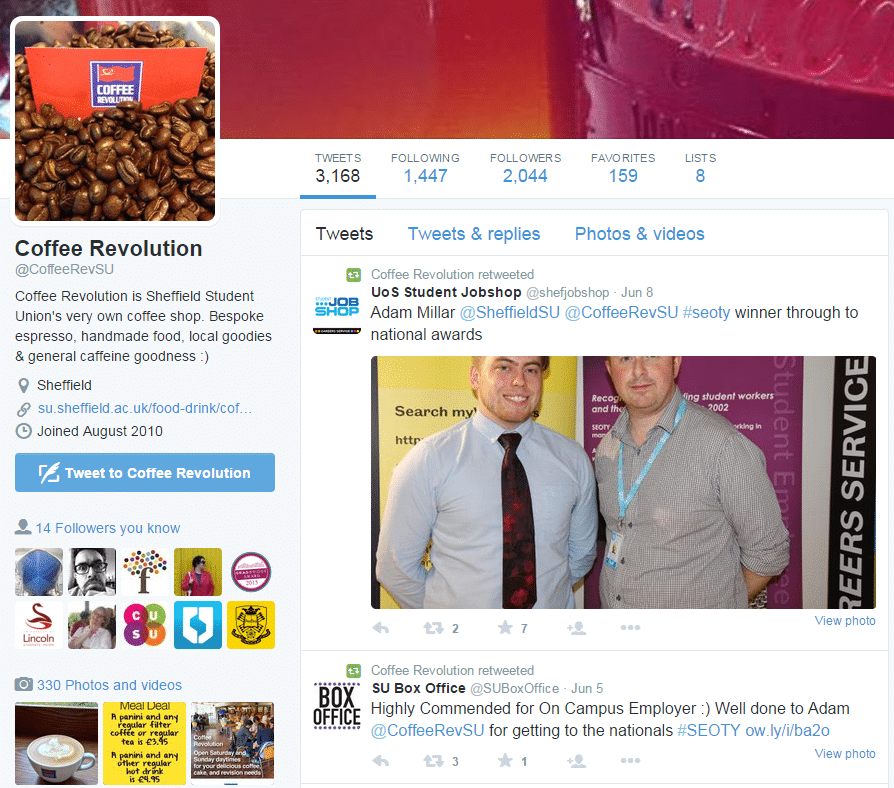 He also points out the lasting importance of student achievements: “Just last Friday, one of our student staff members received the ‘Step Up to Leadership’ Student Employee of the Year Award for the North-East region. I think that’s a nice example of how we help great students to achieve great things. I know from feedback from our graduates, those achievements and experiences stay with them beyond their time here.”

Hannah from Swansea University SU told us it is important they act on their missions. One of which is to be creative and innovative. Hannah gives us a fun example of how this works in practice: “We’ve just opened our cafe 19:20 this year where tea is free of charge and customers just pay for their time,” 3p per minute, in case you were wondering! This is a great example of taking a mission and turning it into something real and tangible for students to enjoy.

After speaking with four different but all highly rated Students’ Unions, we have come to the conclusion that a great Students’ Union is one which mixes good standard practices (e.g. student involvement) with their own, individual ideas. Above all else, Students’ Unions should listen to their students. This can be achieved in many ways, from general feedback to highly sophisticated research.

Take a look at some of our work:

Taking Control of Your NSS Results 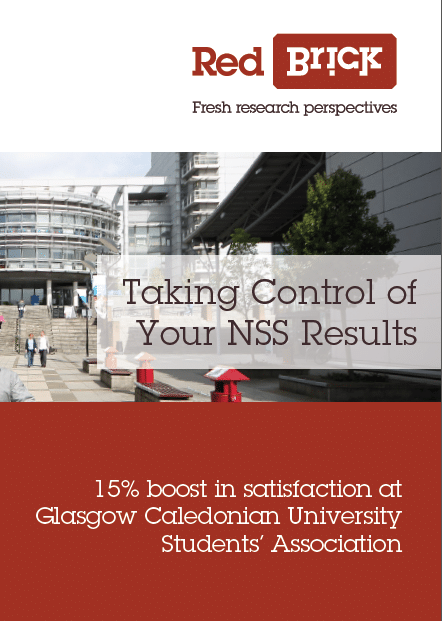