Since Facebook’s tenth birthday passed in February, the social media giant has been a hot topic of conversation amongst technologists and researchers. Is it a social media platform in decline or does it remain the social network for the foreseeable future?

There are many people who would have us believe that Facebook is condemned to join the likes of Myspace in the internet graveyard. Radio 1’s news editor Rod McKenzie said last year that Facebook was populated by ‘mums and PR people’ and that the social network was effectively ‘dead’ for young Brits. 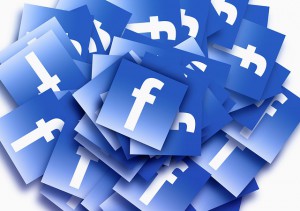 As the recent Oculus Rift backlash demonstrated, Facebook is no longer seen as a young, dynamic and transformative rebel. This is partly an inevitable consequence of its own success and its huge share of the social media market. Niche, trendy and exclusive is cool. Monolithic, ubiquitous and inter-generational just isn’t.

Professor Daniel Miller of UCL published research showing that the Facebook of 2014 would contain fewer young people. He argues that the social network is ‘dead and buried’ with many 16 – 18 year olds ‘feeling embarrassed’ to even be associated with it. Instead, Facebook exiles are drawn to the likes of Twitter, Instagram, Snapchat and WhatsApp which give users more control over personal and private communication.

The raw numbers also look challenging. The GlobalWebIndex survey published in April revealed that Facebook saw a drop of 9 per cent among its young ‘digital native’ users while Snapchat grew by 60 per cent.

Despite all the gloom there is also evidence to support the view that Facebook remains strong. A recent study by VCCP found that Facebook is still a top youth brand and engages effectively with the youth market. 97% of respondents aged 16-22 claim to use the social network, with 83% using it more than once a day.

Facebook has also increased the number of monthly active mobile users to 1.01 billion and it is set to continue increasing its mobile offering. This is a significant step, as mobile apps remain incredibly popular with young users and Facebook’s trendier siblings Instagram and WhatsApp may well be utilised in developing Facebook’s own mobile presence.

While direct social interaction on Facebook may no longer be booming amongst the youth audience, recent acquisitions have given it a new depth of reach into the lives of its members. 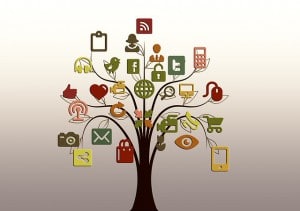 Oculus VR and ProtoGeo will now join WhatsApp and Instagram in what is increasingly looking like a privately owned Web of Things. These new information channels will deepen Facebook’s offering and its ability to interact meaningfully with its users in the medium to long term. Facebook will continue to move away from being viewed as an ‘app’ or a specific channel, towards being the active ‘window’ to the wider internet for many of its users.

The impact of this change will be seen over the coming years and its effect on what we currently call ‘social media’ will be significant. Those who see Facebook as a dying beast may be missing the point. Facebook is changing. Certainly it may not be as ‘cool’ as it once was, but that may matter less if it continues to secure a share of our personal lives and is able to exploit that information commercially. In contrast, while new social platforms such as Snapchat are expanding rapidly, it’s still questionable how successful they will be at ‘locking in’ their users once the shine wears off.

Facebook’s future is by no means secure, but being cool isn’t a pre-requisite to commercial success, even in the youth market. With an extremely active strategy for deepening its access into our personal lives, we’re betting Facebook will still be around in another ten years; you just might not recognise it.