Predicting anything in the mobile tech business is a tricky game but nobody will have been shocked by today’s announcement that Microsoft are to buy Nokia’s handset business. It’s an obvious and perhaps essential step, but a radical one for Microsoft as they slowly continue their move into hardware in order to develop more integrated offerings.

It seems likely that the next few years will see 3 big consolidated platforms do battle: Apple/iOS, Samsung/Android and Nokia/Windows. So what does this mean for consumers? 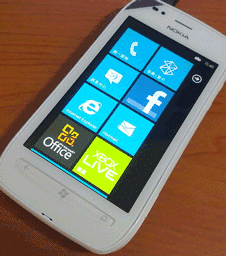 Nokia has been a key partner for Windows Mobile

A few years ago, a mobile phone upgrade was a big event – paradigm shifts were a regular occurrence and part of the thrill of this consumer rollercoaster was the experience of being part of such rapid progress in usability, features and functionality. Over the last year or two we’ve shifted from revolution to evolution and while new phones can promise consumers bigger this, smaller that and faster the other, they’re less and less distinct.

This, of course, is a natural consequence of technology platforms maturing and there are many benefits to the average consumer. Focus has increasingly shifted from hardware to O/S and then to App Store as this becomes one of the biggest differentiators. But the big question is, will this be enough to drive handset sales in the future? Will people pay to upgrade so readily? Might focus actually shift to killer apps with platforms competing for exclusivity the way games consoles have done?

It feels to us that the fizz of the mobile phone handset market may start to go flat and once consumers get used to the idea that any phone can do pretty much what any other can (GPS, Push email, IM, Video calls etc.), we’ll see more commodity-style purchasing behaviours. When was the last time you upgraded your washing machine? Probably when it stopped working.

Of course there are many consumers yet to move into the smartphone arena and still more who make scant use of the feature-rich phones they have. But it seems increasingly that content and apps will drive phone sales rather than ‘features’ in the traditional sense and that’s just, well, not so exciting.